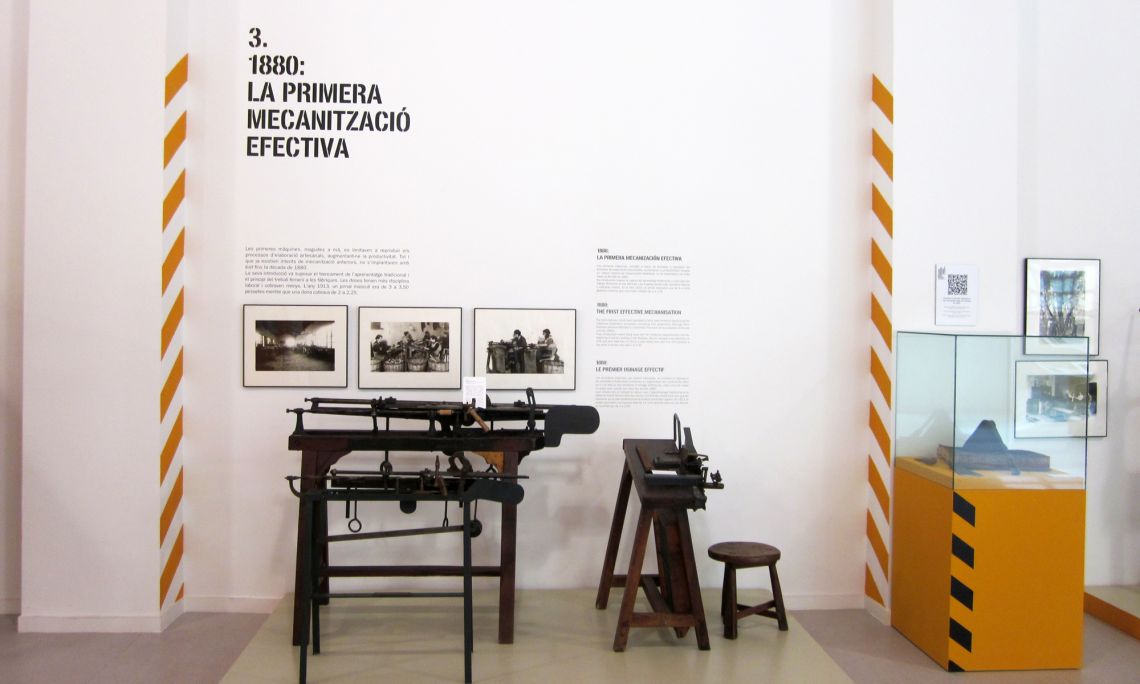 The first machines were powered by hand, and could only reproduce artisanal methods, increasing productivity. Cork stopper machine, perhaps the symbol of the first industrialisation in the sector, as it allowed three to four thousand stoppers to be made daily, doubling the output of the stopper-makers. It meant traditional apprenticeship ended, and was the first step towards the proletarianization of the cork stopper-maker: it was easier to learn how to do it, and as the mechanisation allowed women to do the job, there was a substantial drop in wages.