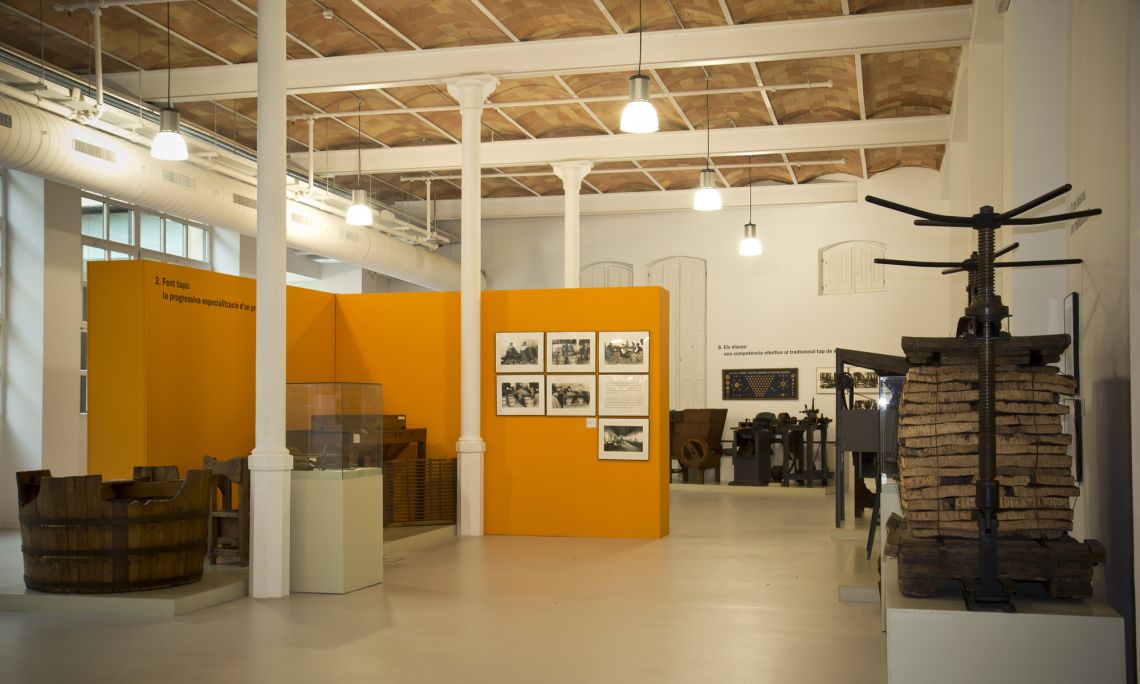 The consolidation of stopper manufacturing in Catalonia began in the 18th century owing to the demand for stoppers for the new glass bottles that could withstand transport. These bottles were primarily used for wine, although they were used to a lesser extent for champagne. The cork-makers were the masters of their time: they combined their work with free-time activities, they sang while they worked and they even had the newspaper read. Despite early mechanisation in the late 19th century, for many years the highest-quality production was set aside for the artisan cork-makers, the last of whom were still working in around 1930. This early introduction of machines led to an increase in production and the massive influx of women into the workplace. After 1900, especially after World War I, there was a second wave of mechanisation. At that time, electricity-driven machines were incorporated, which led to the proletarisation of the workers, the transformation of the factories and a wide diversification in the production, with the manufacture of cork disks, paper, cork wool and agglomerated cork, among other products.

06. Making stoppers: The gradual mechanisation of an artisan process 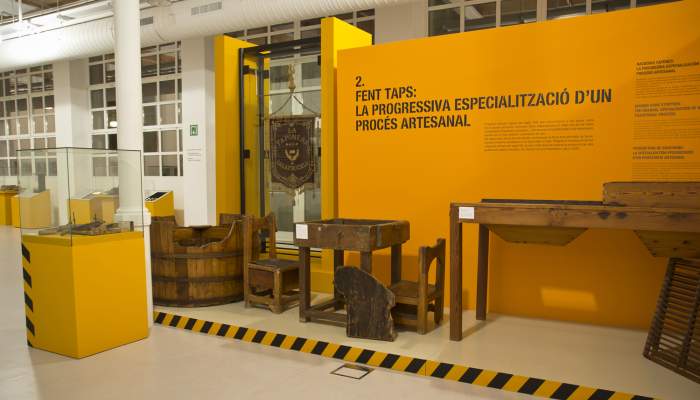 Knives used to cut and slice the cork, and to make cork stoppers 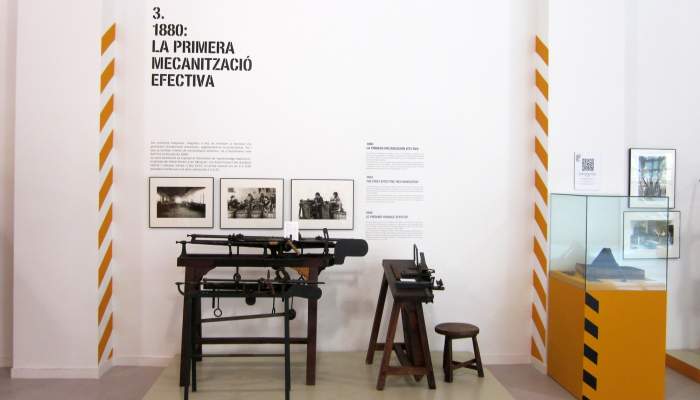