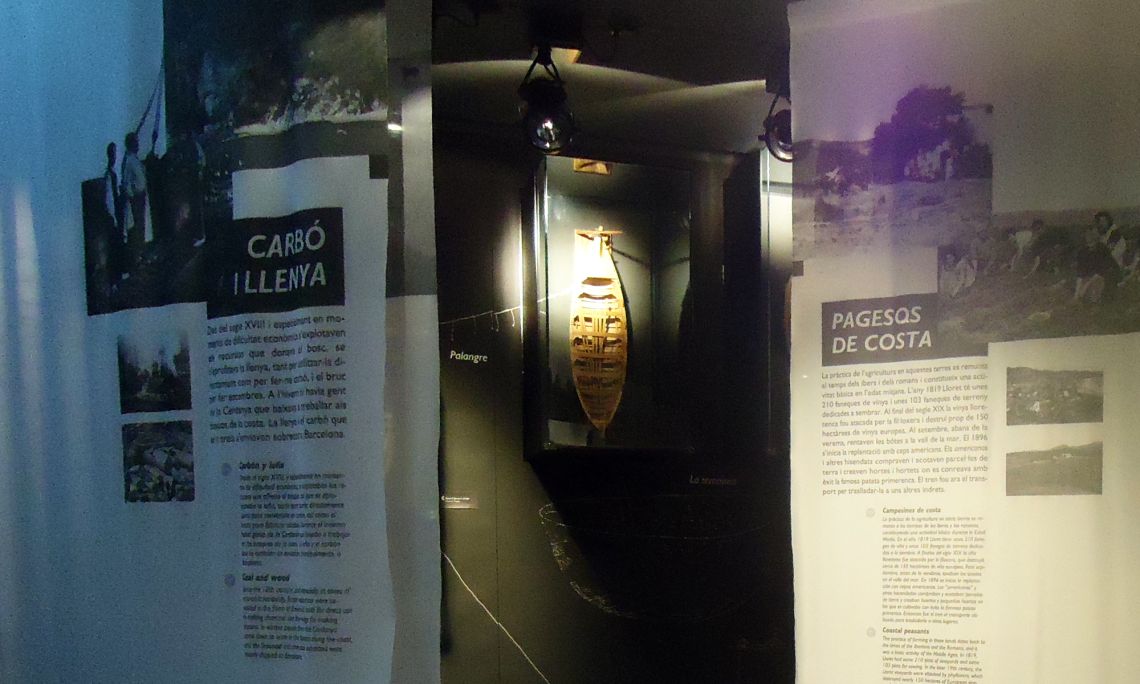 Section 4.1. The sea, forest and gardens.

The sea, forest and gardens

Despite the long seafaring tradition of Lloret, the population has never forgotten to look towards the land. Domestic work became more important from the late 19th century onwards. In August you could see the farmers coming down to the beach to wash one of their most valuable work tools: horses.

The sea still offered Lloret its most adventurous, yet dangerous side through fishing, an activity carried out continuously in the town. On the other hand, the forest remained a source of raw material for the people of Lloret, and they continued to exploit its products: cork, wood and coal. But perhaps the best evidence of the dialogue between the land and sea are the gardens, which for years were cultivated close to the beach.

Women washed clothes in the stream and spread them out on the beach to dry, next to the huge nets. In homes that had no electric lighting, oil lamps were suspended from a wire hanging from a beam. In winter, during the long evenings, fishermen, workers and foresters would drink a glass of wine and sing. Children shouted as they played in the street or at cops and robbers, under the street lights. It was a time of local festivities, traditions and culture in a bygone era, when life revolved around the streets of the town, the main square, the casino and the laundry. 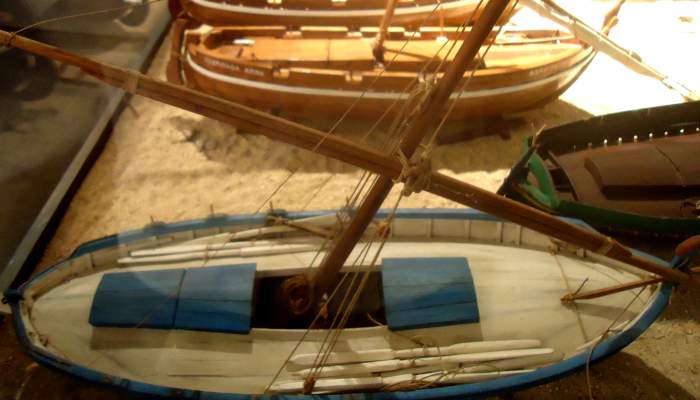 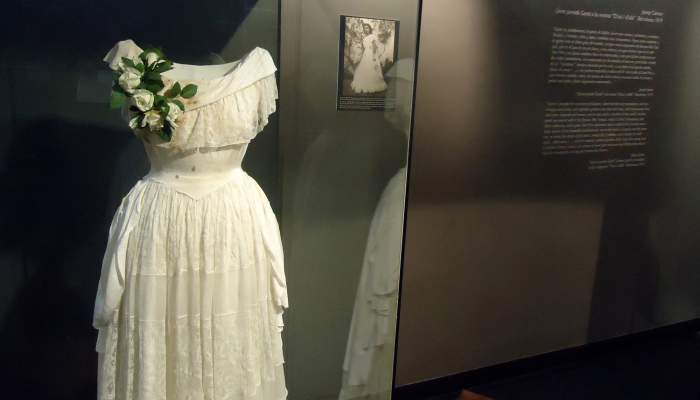 Dress worn to the ball held in