“The Children's Theatre” made by Seix i Barral 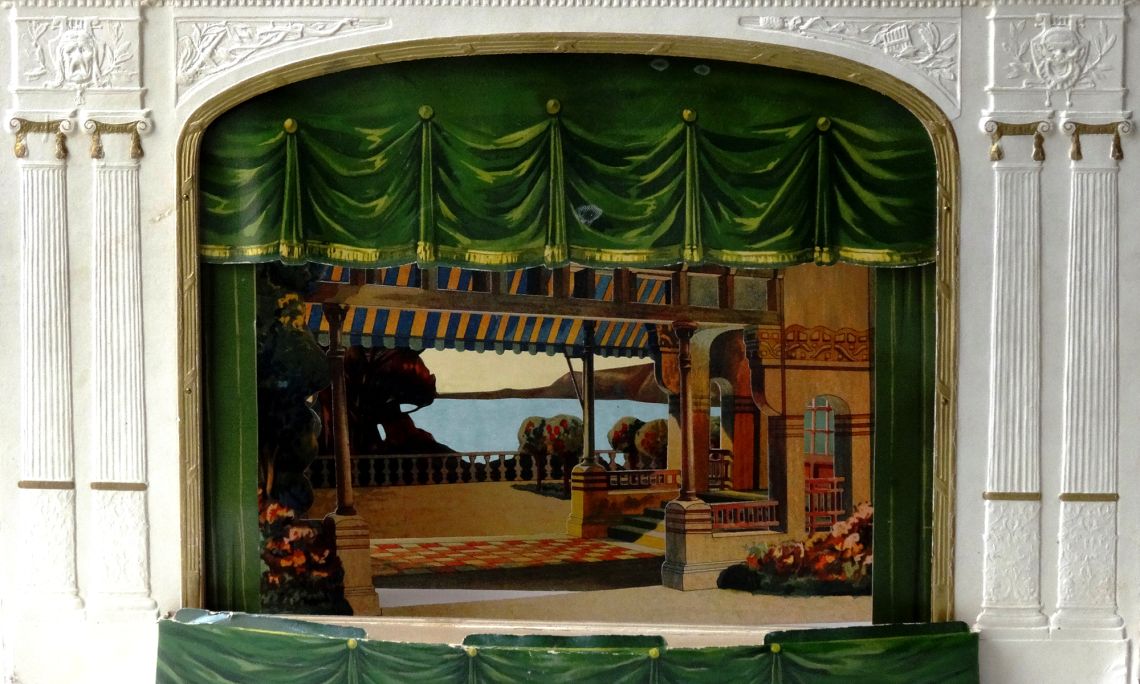 In 1915, the publishing house Seix i Barral released what would become the most popular toy theatre, the "Children's Theatre", which also had an important educational aspect. This theatre, with the CC model shown here, won the prize awarded by the Society for the Promotion of Decorative Arts, during the 3rd Toy Exhibition held in Barcelona in 1917.

Seix i Barral published 27 works, including The Taming of the Shrew and La ciencia más que el poder (science over power), which included a booklet as well as the characters and the required scenery.