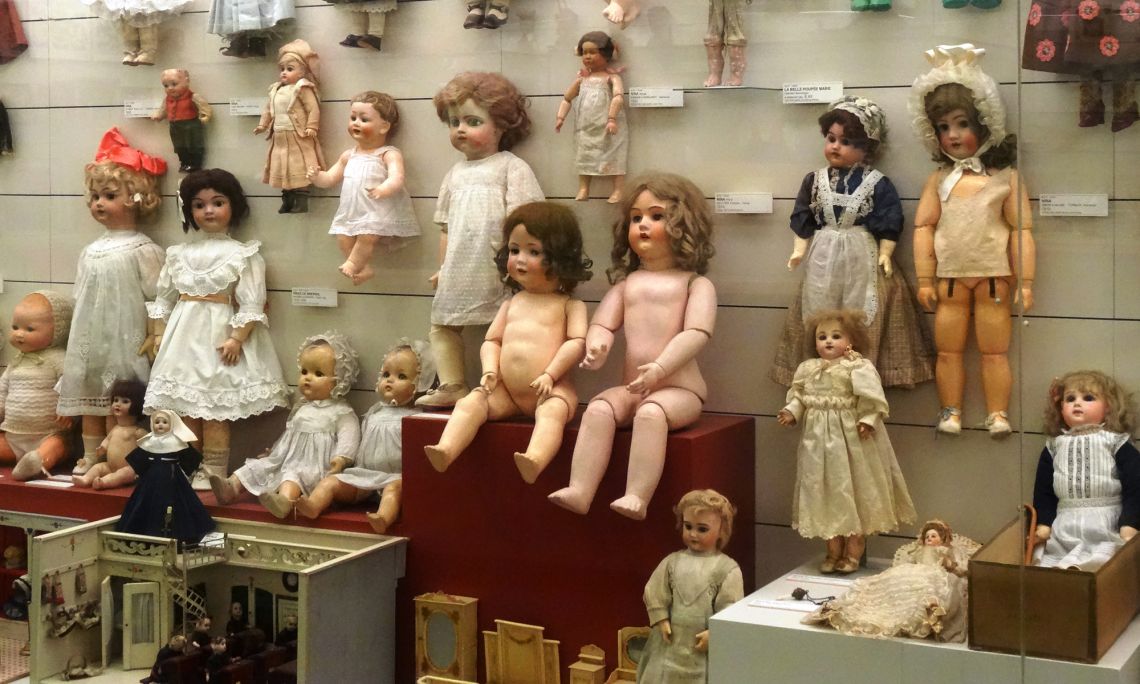 Often children learn more about the adult world through toys, such as those found in the museum. Photo by MJC.

The Museum has an exhibition with a series of toys that are symbolic, for example, toys that allow the child to imitate the adult world by representing social roles and objects that more or less, depending on the time period, represent reality. Through games and toys, children assimilate a lot of information about adult life.

The section includes religious toys such as churches, altars with the corresponding accessories, figures in processions and chasubles. In the early 20th century in Catalonia, it was common for children to play at being priests, as you can see in the photographs that accompany the exhibits. Children played at baptising babies, celebrating Mass or administering the Viaticum. When the Republic was proclaimed in 1931, the game disappeared.

In this section you can also see dolls from different eras and made with different materials, from the typical Catalan pepa made from cardboard, to wax, porcelain and felt dolls, and the first plastic Barbie from 1959. Traditionally, dolls has fulfilled the social function of preparing girls for the role already assigned to them as a child: caring for children and the home. The domestic world was also represented with kitchenettes, tea games, miniature food in doll's houses, as well as plates, utensils and sewing machines. 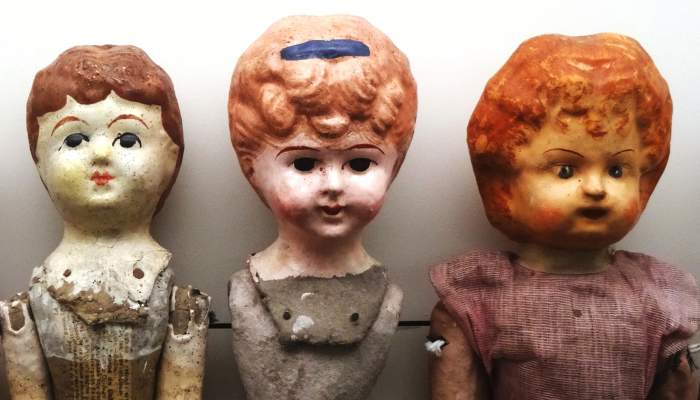 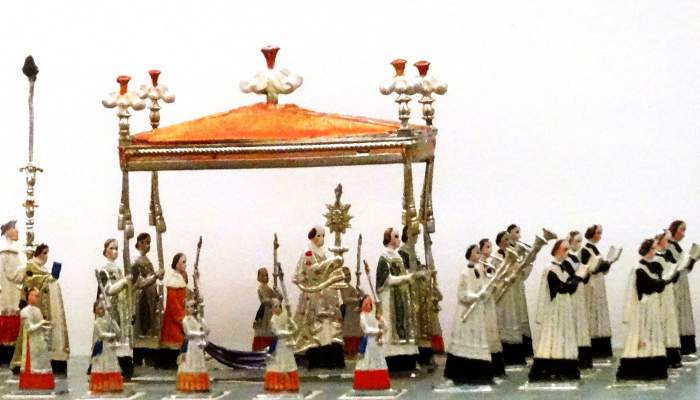