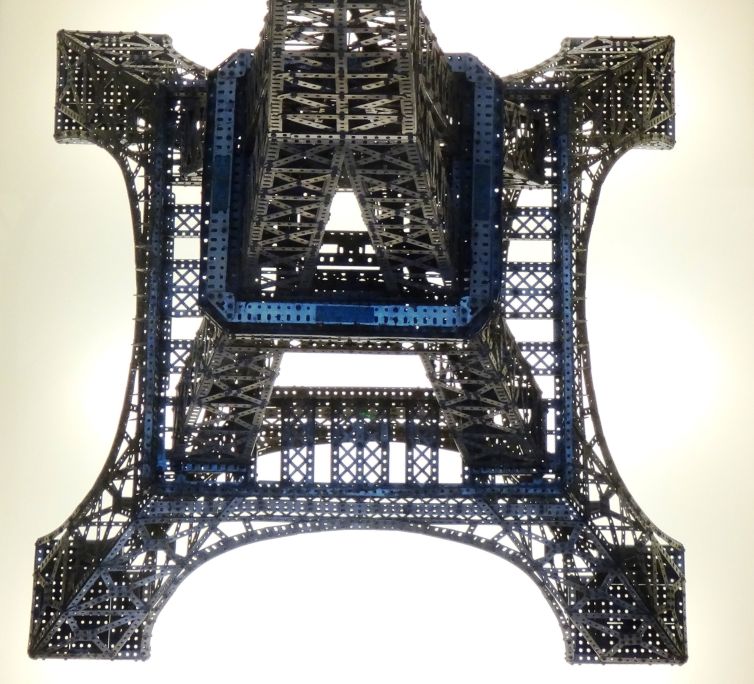 The Meccano Eiffel Tower, built by Palouzíe and Poch, a good sales strategy for the product. Photo: © Jordi Puig

The focal point at the entrance to the Museum is a Meccano model of the Eiffel Tower made in 1932 by the representatives of the English firm on the Iberian Peninsula, Palouzíe and Novedades Poch. 9,832 pieces, 8,623 screws and many hours of work were needed for its construction.

It is easy to appreciate the similarities between the model and the actual tower. Both are representative of their time: the genuine Eiffel Tower, built in Paris on the occasion of the 1889 World Fair, was a symbol of modernity and a milestone in the use of iron in construction, while Meccano, established in Liverpool in 1901, was noted for its innovation and as an icon of the educational toy.