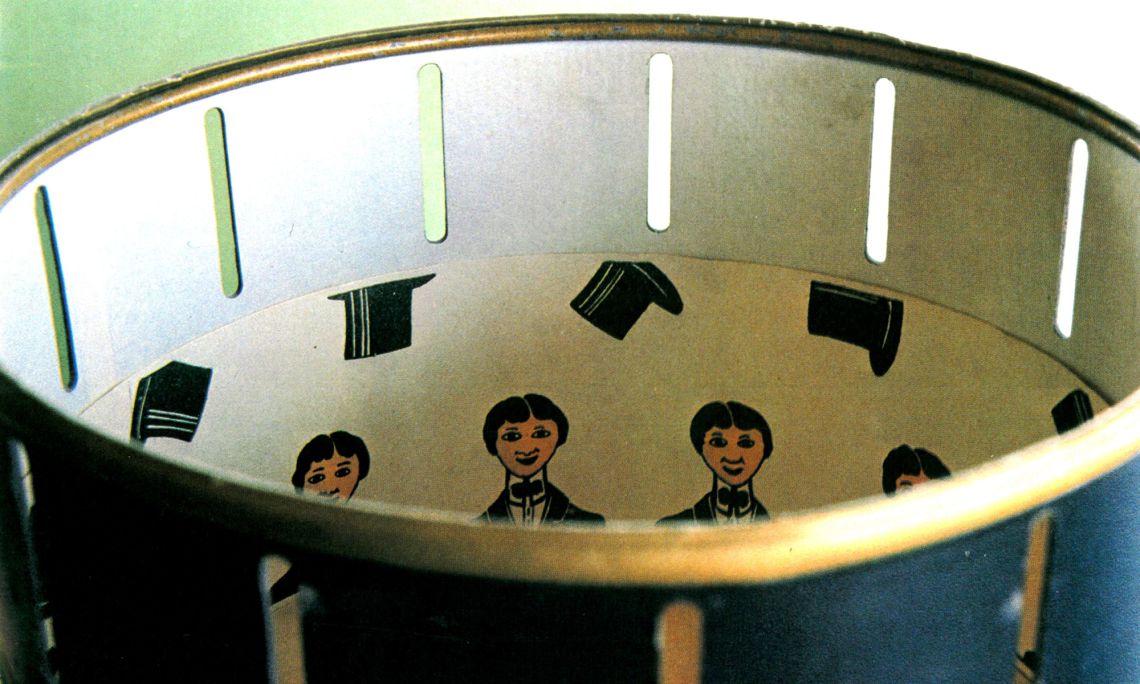 The zoetrope was the forerunner to the cinema. This one was made by Borràs in 1910. Photo © MJC

The zoetrope, invented by W. G. Horner in 1834, was introduced with items like these in Catalonia in 1897 by the Borràs company from Mataró. The zoetropes made by Rais in Gràcia also stand out.

This optical illusion toy is a cylinder made of metal or cardboard, with several vertical slots to look through. Inside, there is an interchangeable band with a series of drawings representing different phases of movement or action. By rotating the device by hand, it creates the illusion of movement.