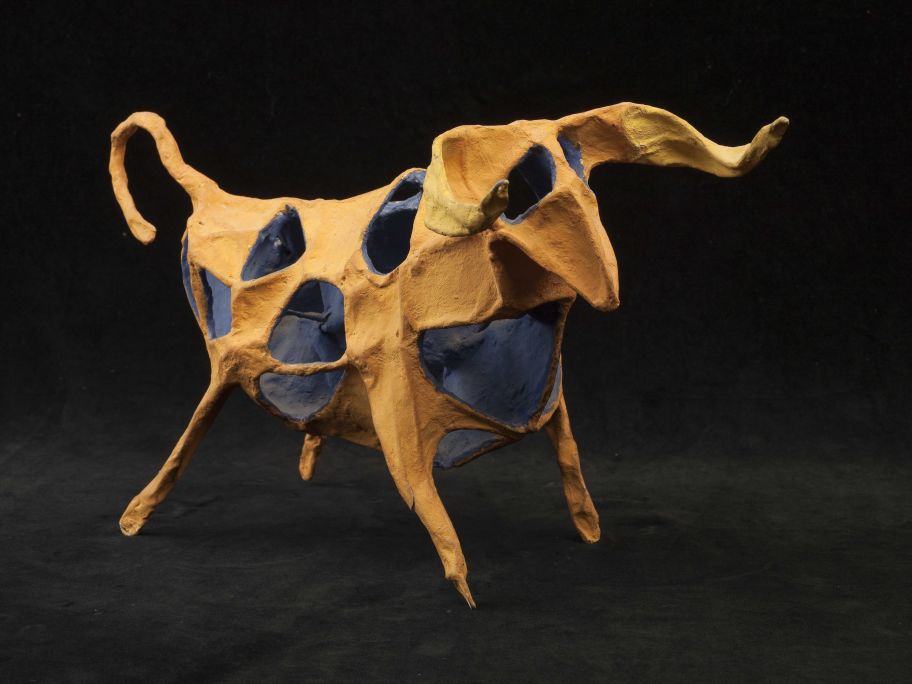 Bull made of painted papier mâché on wire in Oaxaca (Mexico) around 1960. Photo: © Jordi Puig

Guy Selz purchased this bull at a sales exhibition of Mexican folk art organised by UNESCO in Paris around 1960. We learn from his children, Dorothée and Philippe, that he went there to cover the event for Elle magazine. This piece attracted his attention so much that the exhibition curator promised that it would be his. André Malraux, Minister of Culture at the time, who opened the exhibition was so amazed by the bull that he also wanted it. The curator, however, insisted that had already given his word to the journalist, much to Malraux’s disgust.