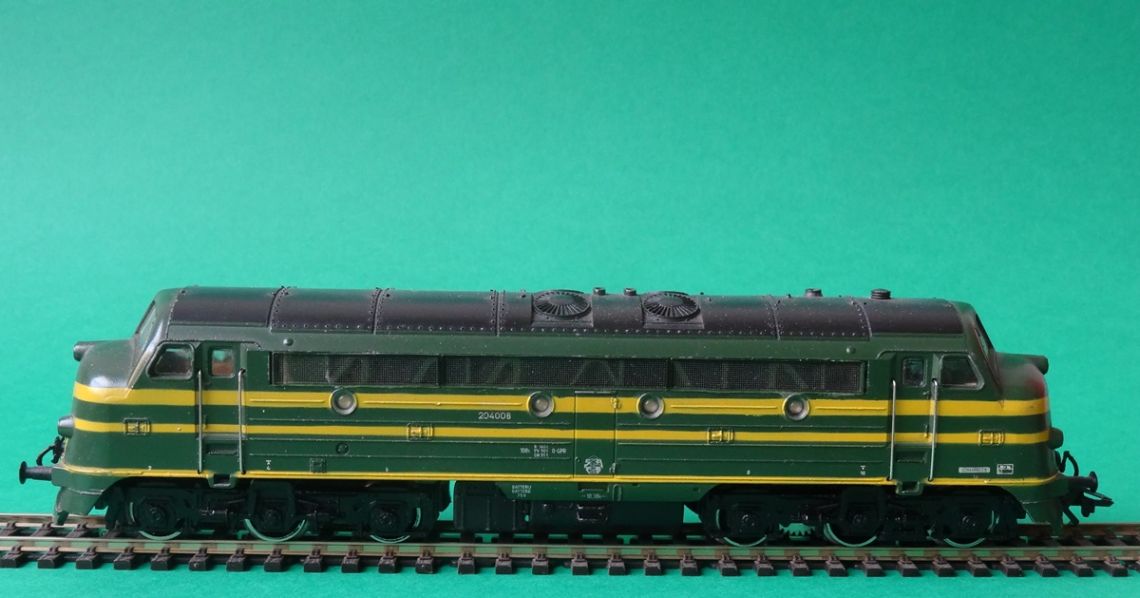 Diesel locomotive made in 1965 by the German model train company Märklin. Photo by MJC. The Toy Museum of Catalonia. Figueres.

The real locomotive had been built by the AFB company under  licence from the Swedish company NoHAB, now a subsidiary of General Motors. These locomotives, built from 1955, reached a top speed of 140 km/h. The trains were known as the gros nez (big nose) because of their frontal appearance. The SNCB assigned these locomotives to international passenger and light goods transport between Cologne and Paris and they continued to be operational until the 2000s.