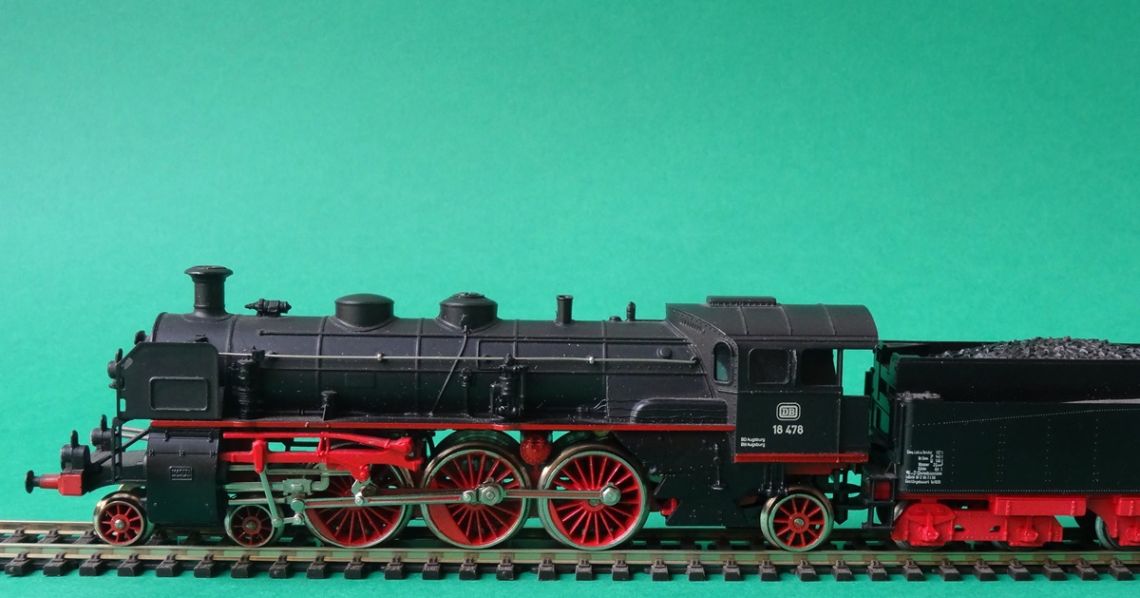 Miniature steam locomotive made in 1972 by the reputed Märklin company. Photo by MJC. The Toy Museum of Catalonia. Figueres.

The German company Märklin, internationally renowned in the field of model railways, manufactured the minituare model (H0 scale, which corresponds to 1/87, with a track width of 16.5 mm) of the steam locomotive no. BR 18 478, belonging to the German company Deutsches Bahn.

These locomotives, which weighed 149 tonnes and could reach up to 130 km/h, served as express trains. The Maffei society, from Munich, was responsible for building the locomotive between 1918 and 1930. Years later, the Spanish company MZA acquired four units of these locomotives after they had been adapted to the width of Iberian tracks.