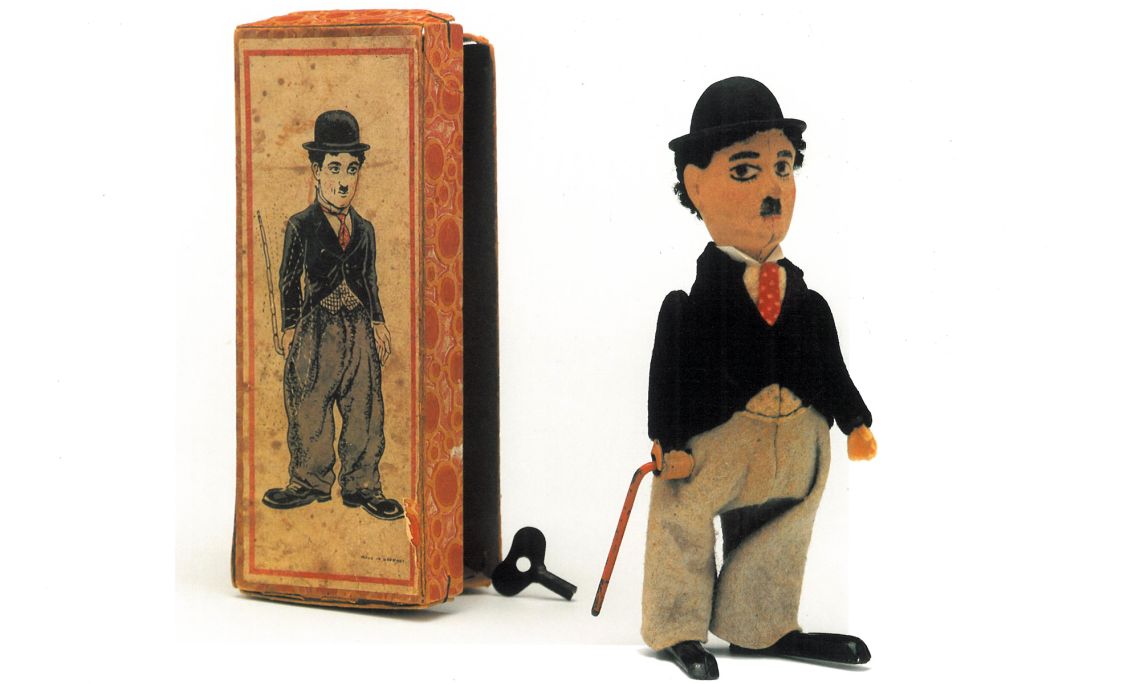 Wind-up toy by Schuco of a character played by Charlie Chaplin, with a cord mechanism. Photo © Jordi Puig

Charles Chaplin was immortalized by Schuco, a German company founded in 1912 and world leader in collector's vehicles.

This toy, made in 1925 from fabric, felt and painted tin, is activated by pulling the cord. The mechanism means that both Chaplin and the stick he carries in his hand move simultaneously.

Between 1920 and 1940, it was common for most popular film characters to appear as a toy. Chaplin, Groucho Marx and Shirley Temple are examples.