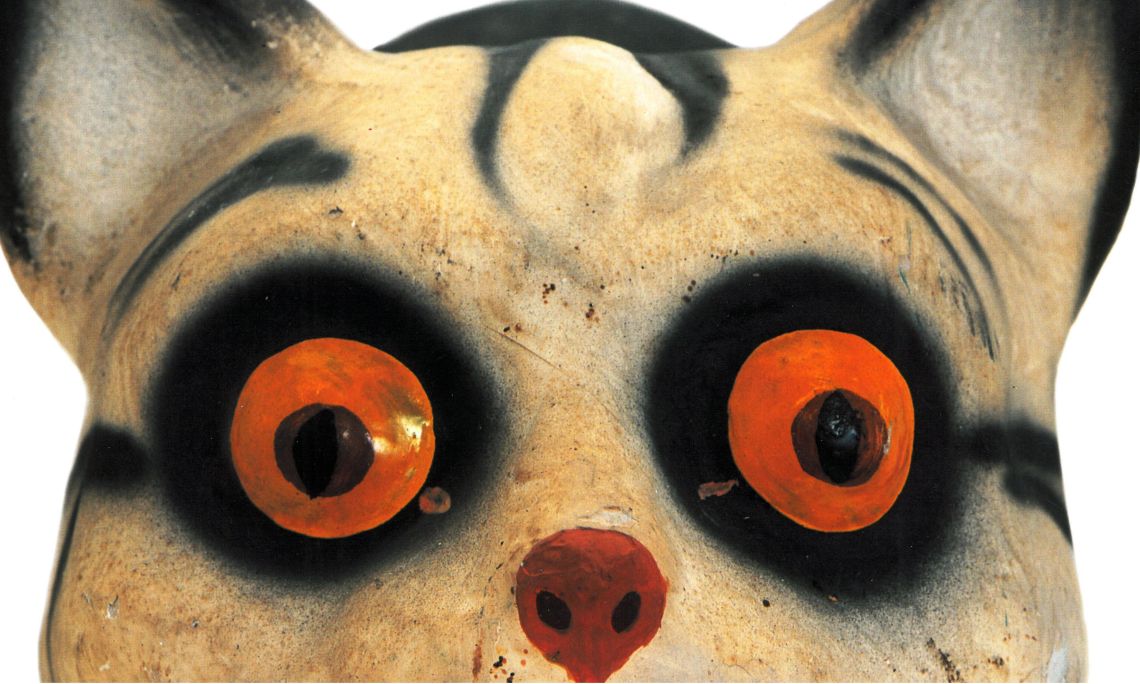 Animals made of cardboard were a very popular toy in the early 20th century. Photo © Jordi Puig

This cardboard cat, with extremely large eyes, was made by Antoni Penas Sardà in 1930. In the early 20th century cardboard horses with wheels, as well as other types of animals, became a very popular toy in Catalonia.

Penas founded his own company in 1892, and specialised in the industrial production of cardboard figures. Until then, these toys were produced on a small scale and were normally made by hand.