Skates that belonged to Quim Monzó 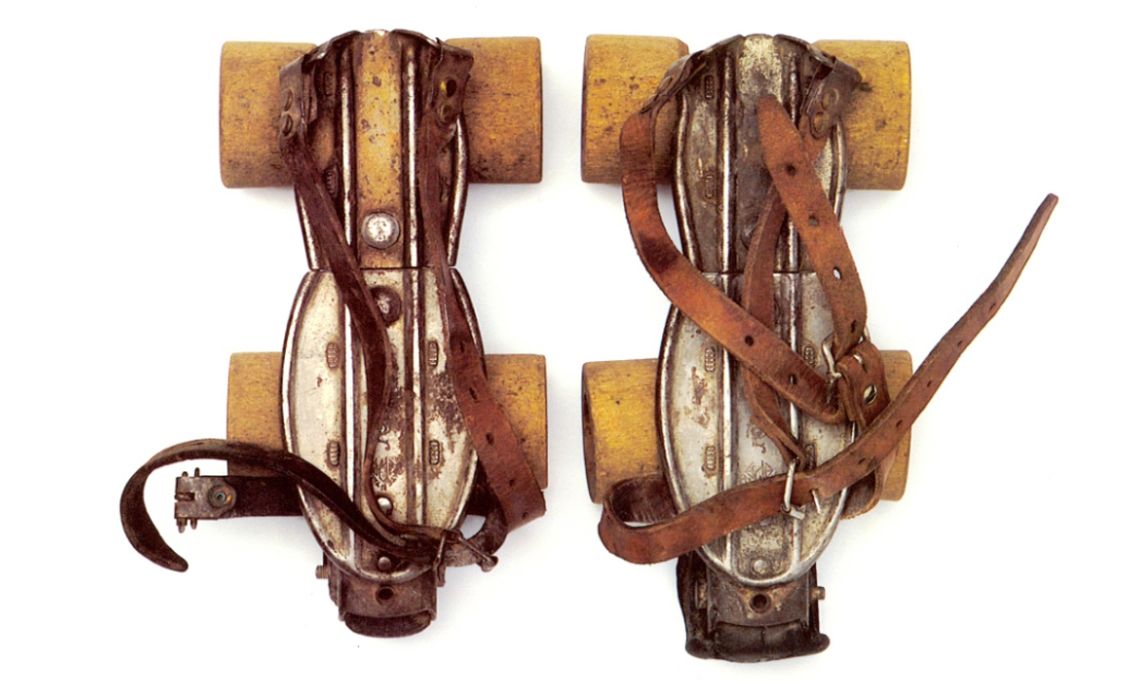 Skates with extensible bases that used to belong to the writer Quim Monzó. Photo by Jordi Puig. The Toy Museum of Catalonia. Figueres.

These skates, made of iron, wood, leather and rubber, could be extended so that the base was made longer as the owner's feet grew. The Museum has a display showing skates that belonged to the writer Quim Monzó, who was given them when he was about four years old, and who used them until he was fourteen. When he donated the skates to the Museum, he explained that he realised, looking at the wear on the rubber at the front, that he never learned to brake with his left foot.