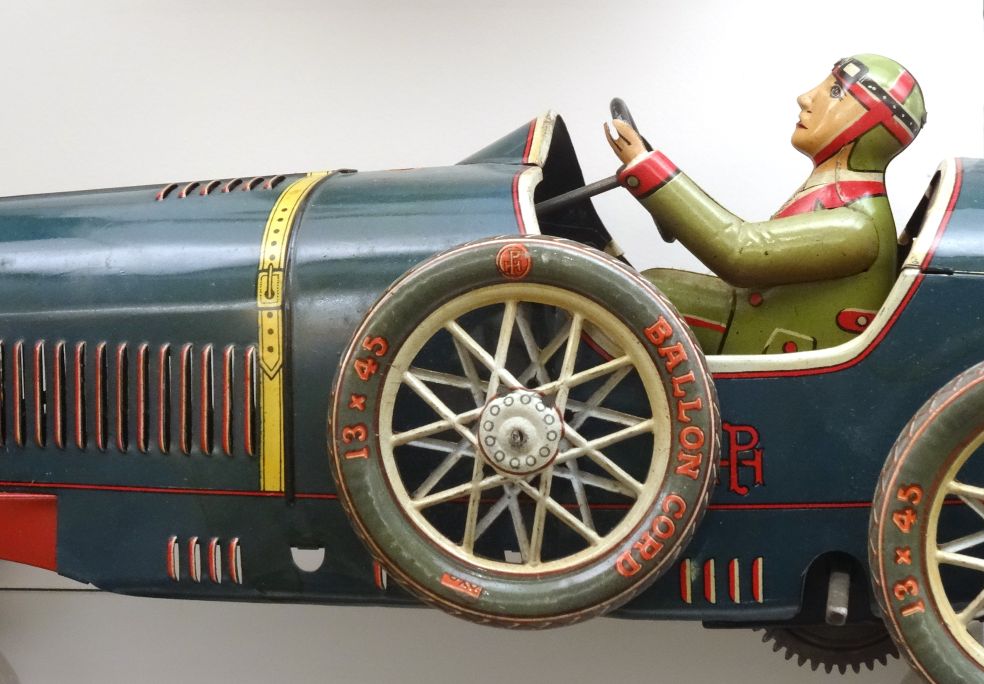 The Bugat car, made of lithographed tin by Payá Hermanos in 1930, caused a furore among the boys of that time and is the most important toy manufactured by this firm from the town of Ibi (Alicante), as well as a piece much coveted by collectors.

Payá made it inspired by the legendary Bugatti T35, winner of over 2,000 races and one of the most highly regarded cars in the history of sports vehicles. Payá remained as faithful as he could to the original car, but sold it as the Bugat I-970 because he failed to secure permission from the Alsatian company to sell it as a Bugatti.