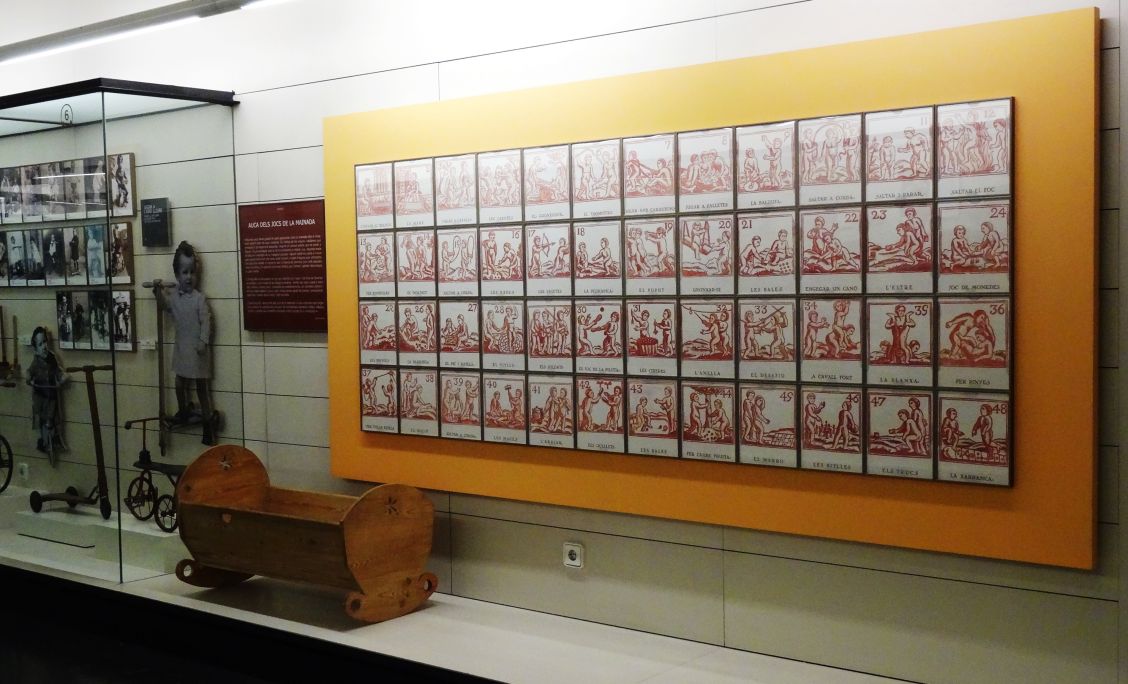 Popular games of the 19th century. According to folklorist Joan Amades, the source of this storyboard may be a foreign aleluya (hymn of praise). Photo by MJC. The Toy Museum of Catalonia. Figueres.

Many of the games that entertained children in the 19th century (and even some that children still play today) were a legacy from Antiquity. Some, like tic-tac-toe (number 45), became especially popular during the Middle Ages. This storybook highlights some games such as the spinning top (numbers 6 and 9), marbles (number 21) and toy soldiers (number 29).

Ethnologist and folklorist Joan Amades studied this storyboard and noted that ’the traces and content of several ceremonies and ritual uses in primitive liturgies’ had endured through time in children's toys.