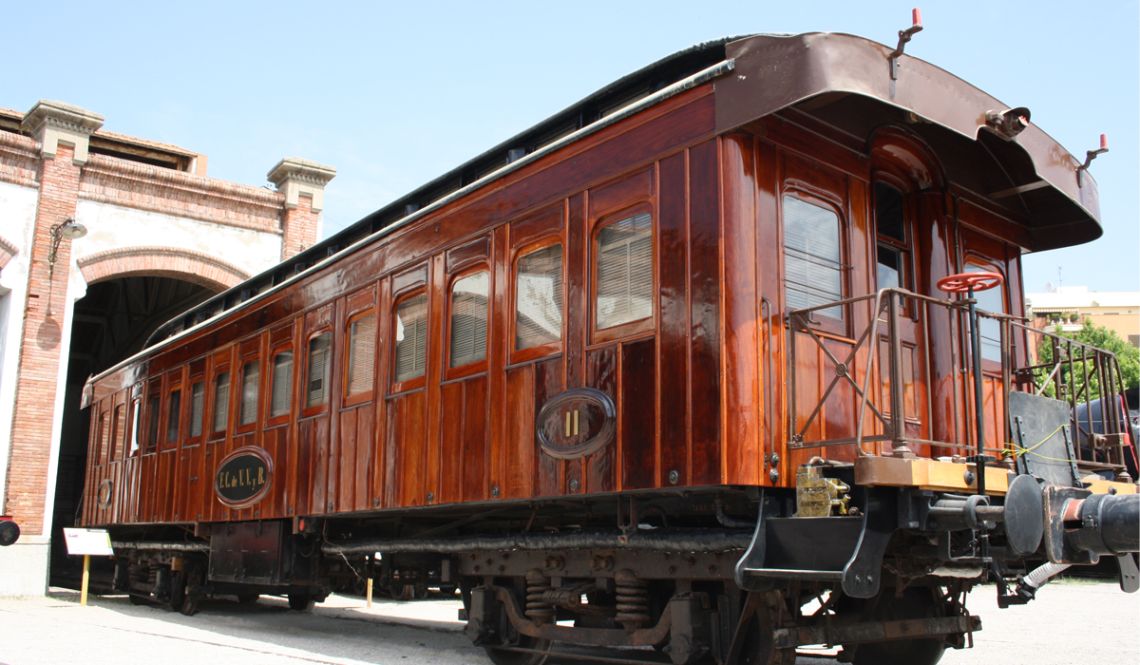 This luxury vehicle from 1881 was purchased in the United States by the patron of the Vilanova train, Francesc Gumà. Harlan cars lasted a long time, as they were in use in Catalonia until 1972. In their final period they were used on commuter train routes. When electric locomotives replaced steam engines, they were gradually taken out of circulation, as the more powerful new locomotives caused damage to the older cars’ structures, which were made partially of wood.