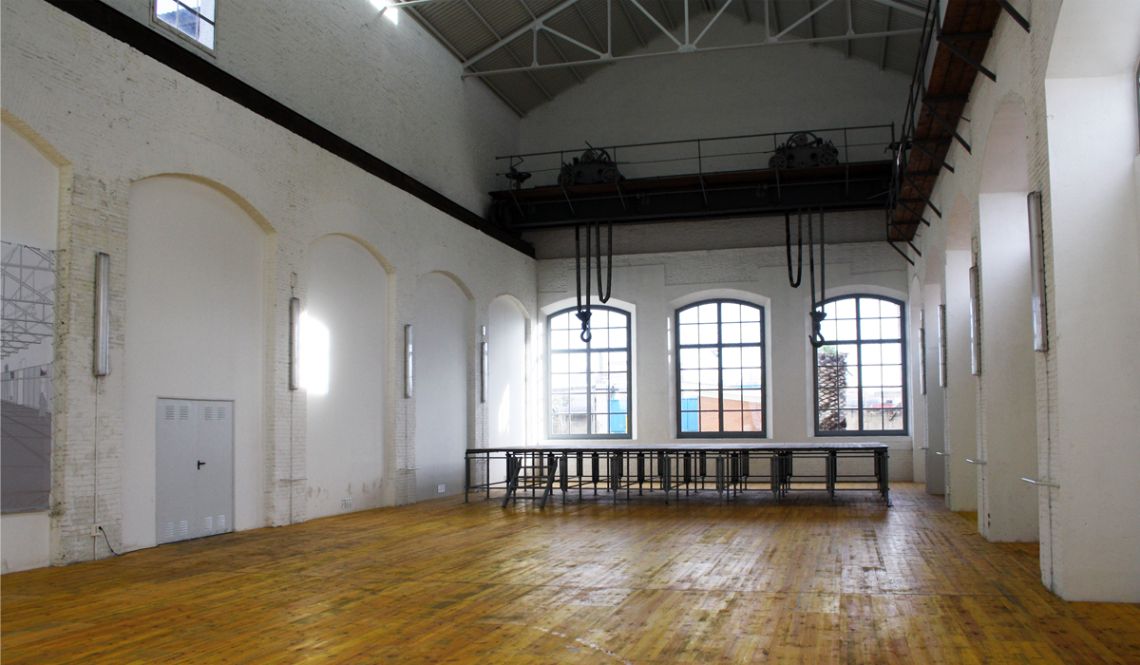 Interior of the depot after restoration.

This is the oldest section in the entire Museum facility. It was inaugurated in 1881 and is the building that is to the right of the original construction, together with the station itself. It is an unusual workshop given that it contains an impressive bridge-crane built in Great Britain, able to lift up to 40 tonnes, which made it possible to raise the 19th century locomotives and place them on the required track. Despite its age, it still works. The bridge-crane depot was restored in 2012 and serves as an operating space to programme all types of activities.