Talgo and collection of vehicles section 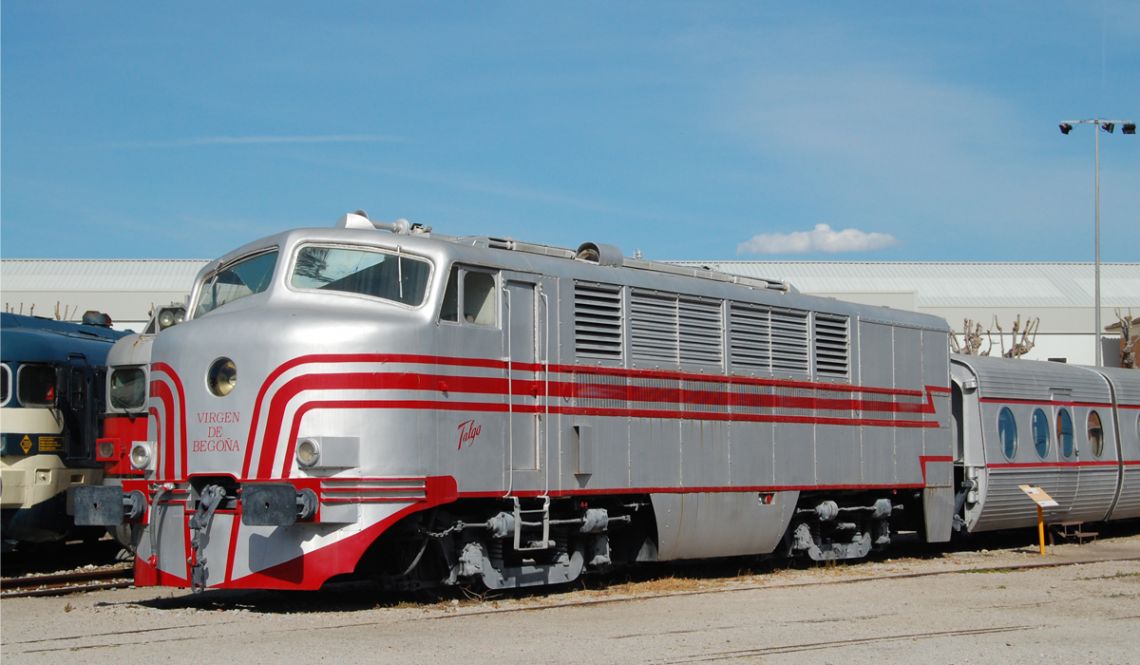 The collection of Talgo vehicles is another of the jewels of the Museum. It is formed firstly by a composition (locomotive and four carriages) of a Talgo II, built in 1950, which was the first model in commercial operation. The head of a Talgo III locomotive provides access to the Museum. There are also two locomotives from the 353 and 354 series which are in working order, as well as a section of the Talgo RD that, due to lack of space, is not located in the facilities of the Museum. To celebrate the 25th anniversary of the Museum, a new area called the Talgo Space was opened where the history of the Talgo Patentes company and its innovative role in railway technology is on display.