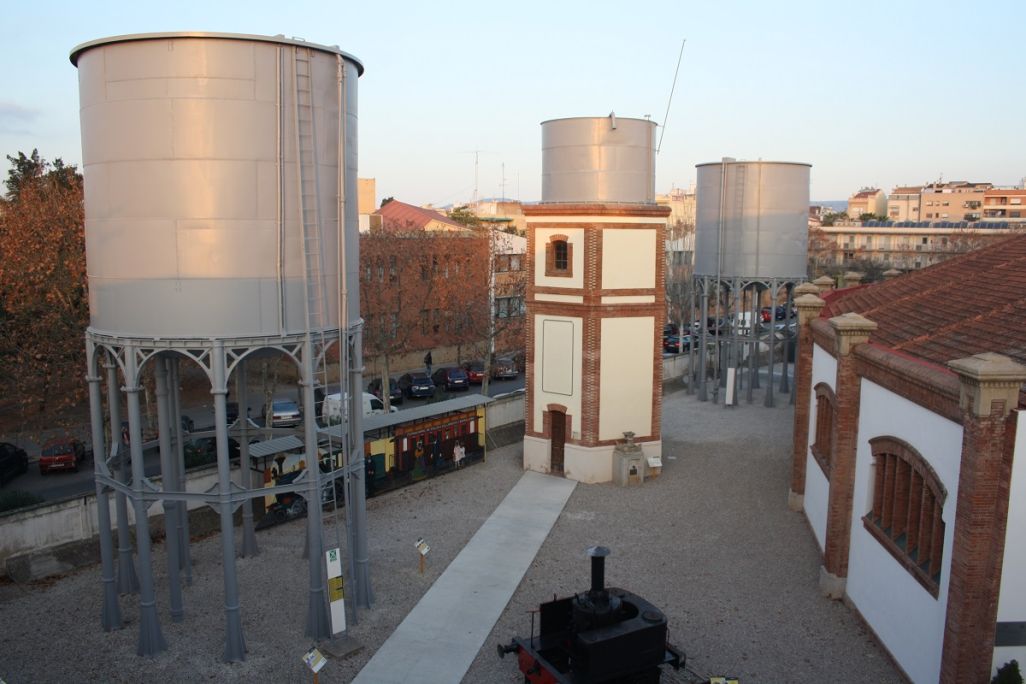 The water deposits or tanks, still visible in many stations, were an essential element for the railway operations of the past. The tanks were placed in locomotive depots and strategic stations in order to supply the steam engines with water. Once the tank provided the necessary pressure to raise the water, by its own volume or by means of pumps it supplied water to the site. They were made of metal or other materials such as cement, brick or concrete. The Vilanova deposits were made in accordance with the rest of the facilities. The first and the third are metallic and rest on wrought iron pillars. The second, also for storage, was concrete with a metal tank. This deposit, in which the water demineralisation system is found and which provided the steam locomotives back in its time, today displays an exhibition that explains the epic arrival and the prominent role of the railways in Vilanova i la Geltrú. This strange octagonal space was named the Espai Gumà (Gumà Space) to commemorate the 125th anniversary of the arrival of the railway in Vilanova. In the tank itself, the history of the railway in the city is described through a large illustrated timeline.