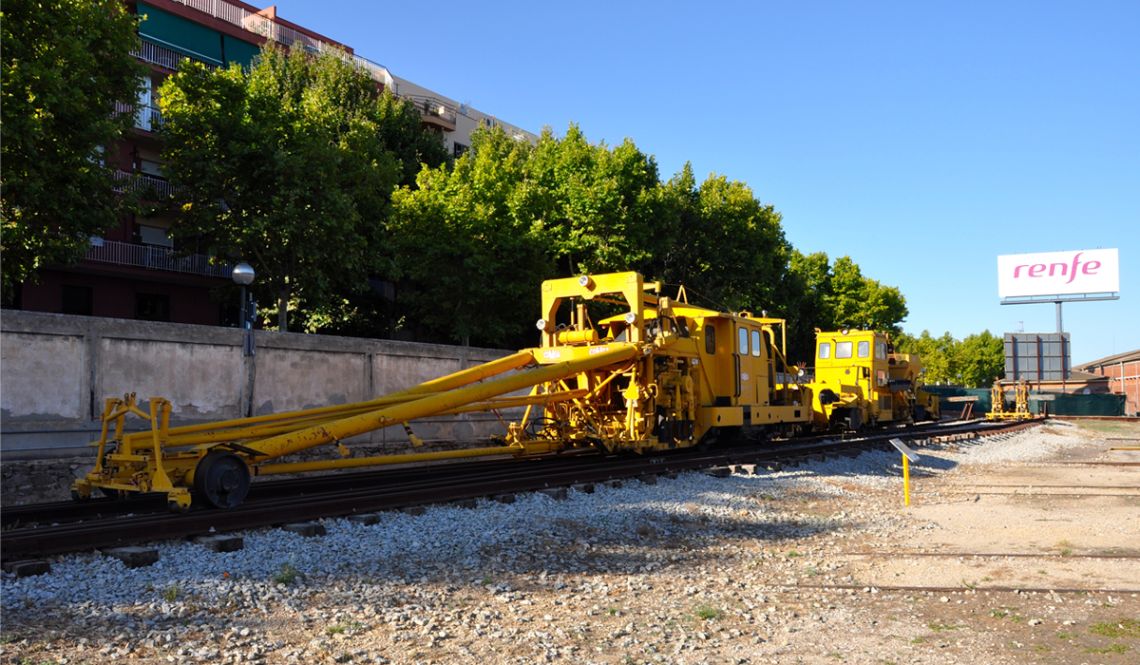 View of railroad machinery on display in the museum. Catalonia Railway Museum. Vilanova i la Geltrú.

Here we can find the "Pineda Bridge", which was the first iron bridge built by La Maquinista Terrestre y Marítima Company, which was a Spanish metallurgical company based in Barcelona. Its original location was on the line from Barcelona to Maçanet-Massanes, in the city of Pineda de Mar, that has given its name to the bridge.

In front of the bridge you can see a collection of railway signals, which are essential for circulation and they include all kinds of information, from speed and direction indications, catenary installations or even flood zones. Next to it, we find two tracks on which a set of heavy rail maintenance machinery is located, composed of a leveling machine and a profiling machine. These are vehicles from the 1960s and 1970s, quite sophisticated for their time. The set was donated by the COMSA company to the Association of Friends of the Lleida Railway in 1993, for its preservation and exhibition in this Museum.

Ahead, we observe a level crossing that comes from Roda de Mar and it was the last level crossing guarded by gatekeepers who manually raised and lowered the protections, until June 2012. Finally, we see the "Signal Bridge" which stands out for its platform built with material from the halt of the Autòdrom de Terramar in Sitges, in 1923, currently missing. The original "Signal Bridge" of the France Station, operated from 1929 to 1989, directing traffic at the Don Carlos fork, at the exit of Barcelona's most emblematic station, Estació de França.