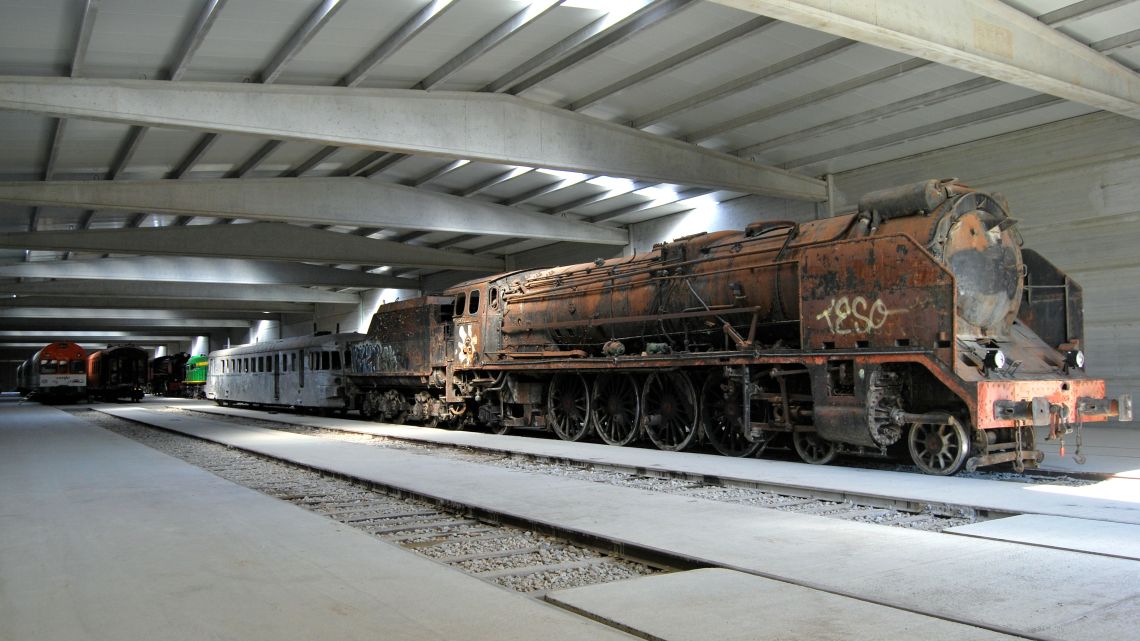 These sheds were built recently as a maintenance base for the Tourist Train, but have since been turned into a multipurpose area. This is where the engines and rolling stock belonging to the Railway Interpretation Centre are kept, restored and maintained. They include two of the largest steam locomotives that operated in Catalonia, a diesel locomotive, an electric locomotive, a diesel railcar and an electric railcar, as well as passenger carriages and freight wagons. A highlight is Number 241F-2238, the last of the great steam locomotives preserved at Móra la Nova. In its prime in the 1950s and 60s it pulled the great express trains between Barcelona and Madrid. Visitors to the Railway Interpretation Centre are offered guided tours to see how each of these rail vehicles is being restored.