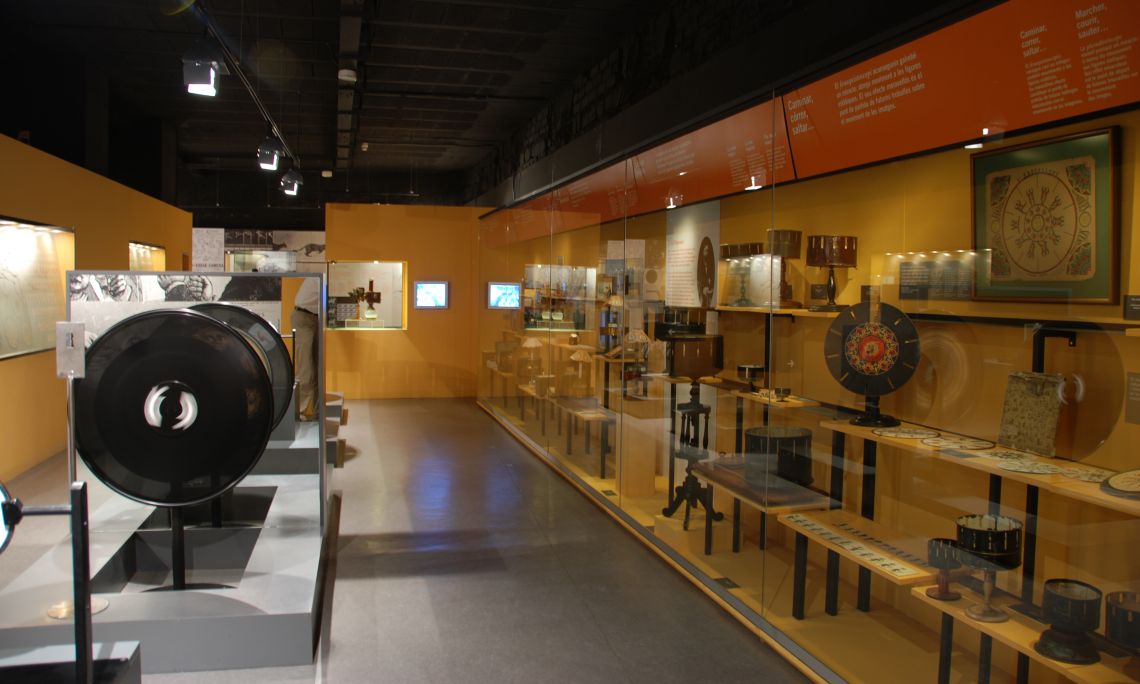 Display "The image starts moving". The first exhibit is an interactive phenakistoscope.

In the late 18th and early 19th century several scientists discovered that, due to flaws in how the human eye perceives reality, viewing static images at a high speed creates the illusion of motion. The images are just drawings brought to life through repetitive movement.

To demonstrate this, various devices were designed, such as the phenakistoscope, the zoetrope, the praxinoscope and more. They quickly become very popular and made it possible for the general public to see a moving picture (animation). 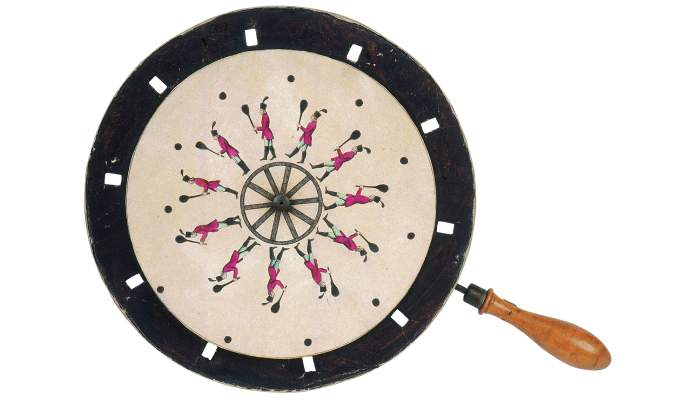 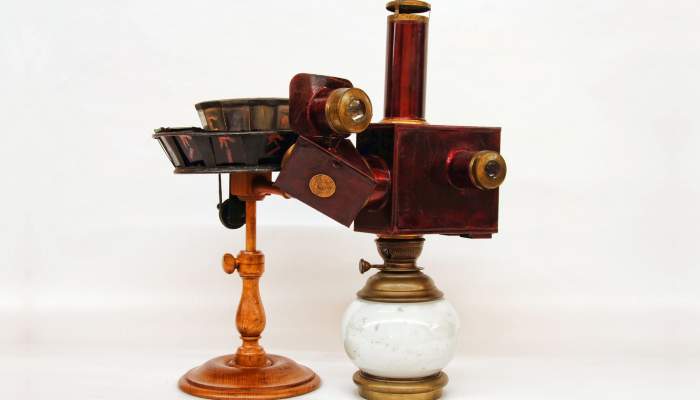 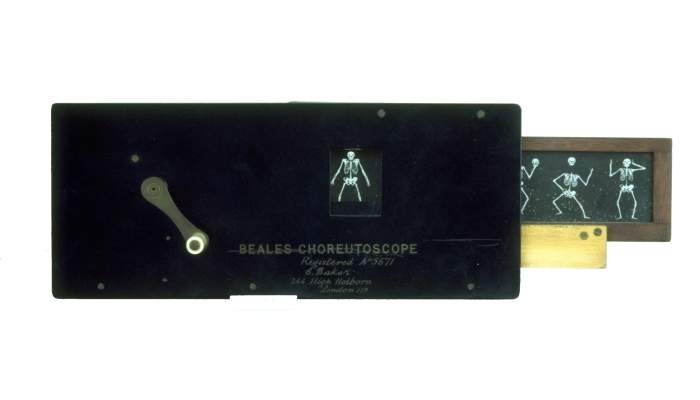