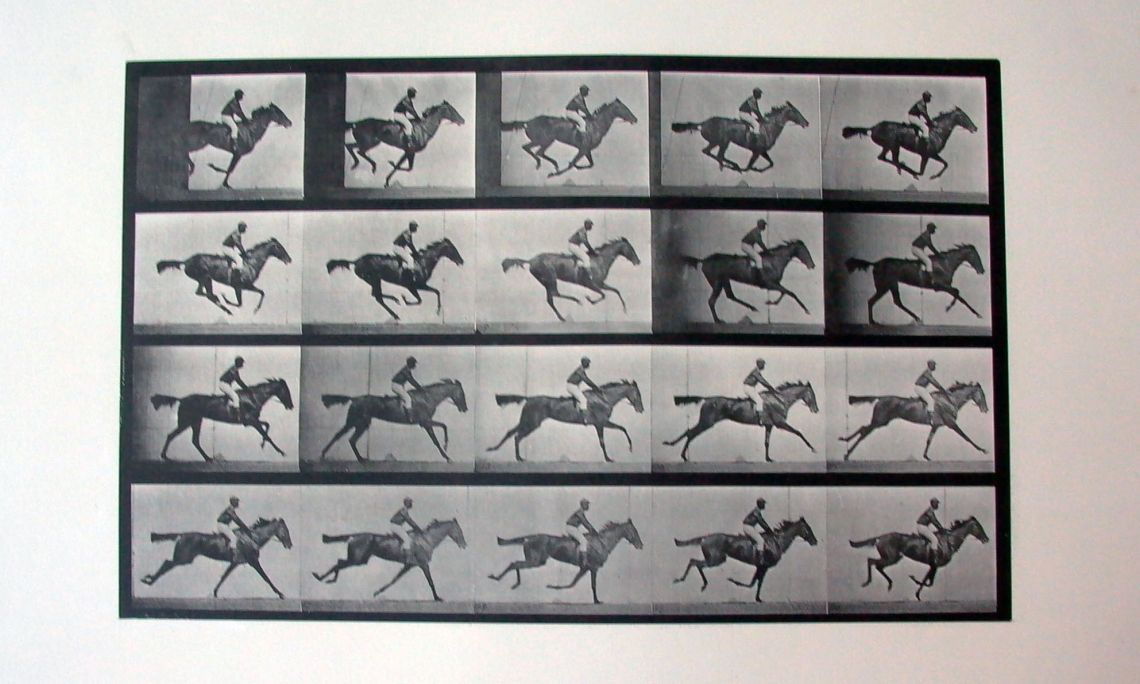 In 1877 Eadweard Muybridge made the first photographic sequence of an animal in motion (a horse galloping) in Palo Alto (California). He used a system with a group of twelve cameras placed alongside each other. In later years, Muybridge took over one hundred thousand photographs of people or animals in motion, some of which were reproduced photographically (calotype) or were published in books.