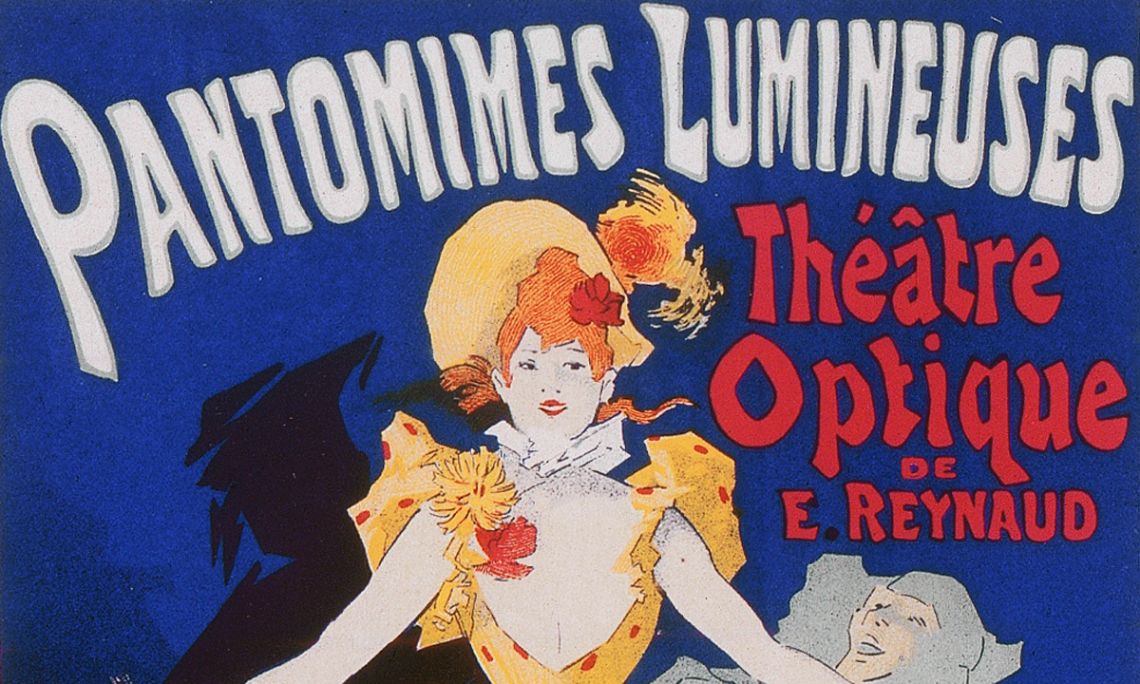 In 1892 Emile Reynaud began showing optical theatre at the Musée Grevin in Paris under the name "Pantomimes Lumineuses". The performances lasted until 1900, with a total of 12,800 shows and half a million spectators. The optical theatre projected an animated film onto a screen, and lasted between six and fifteen minutes. It is considered as the forerunner for cartoons shown in the cinema. The optical theatre technique is based on the praxinoscope, which was also invented by Reynaud.