The race to cinema 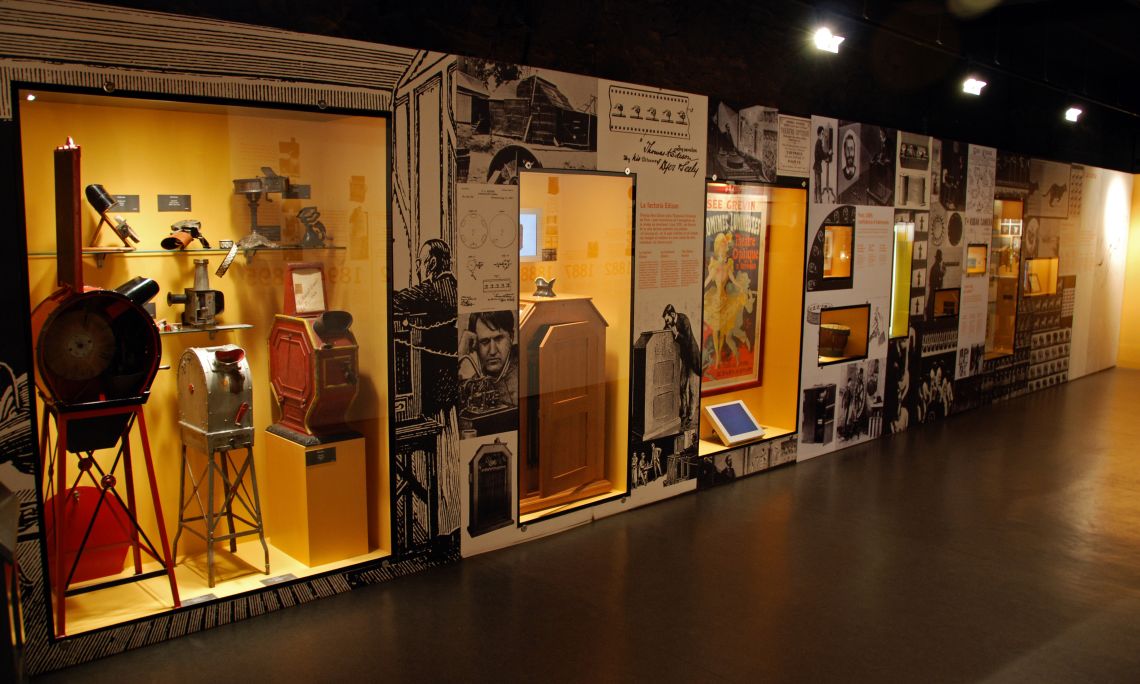 Display "The race to cinema". First came the mutoscope.

In the twenty years before the invention of the cinema (1875-1895), scientists and inventors around the world started a frantic race to create a device that would allow photographic images in motion to be projected. It was the race to cinema.

The section shows the main precursors: Eadweard Muybridge and his photographic experiments to capture the motion of a horse's gallop, Étienne-Jules Marey and his chronophotography to capture movement in print, Émile Reynaud and optical theatre- the first cartoon projected; Thomas Alva Edison and the kinetoscope, an individual motion picture exhibition device that included a 35mm celluloid film with perforations; and a long list of inventors and scientists, who all had some level of success, and contributed in some way until the Lumière brothers invented the cinematograph. 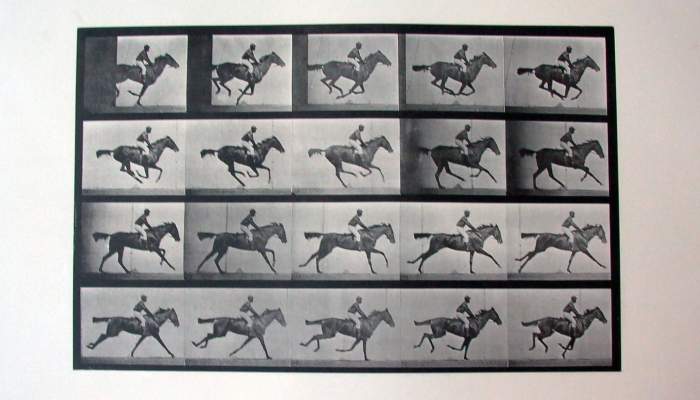 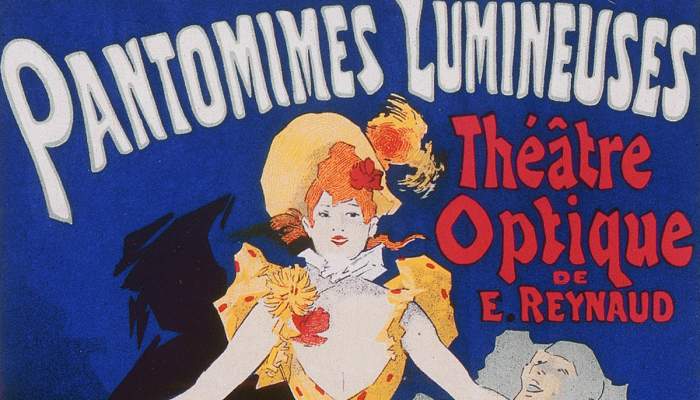 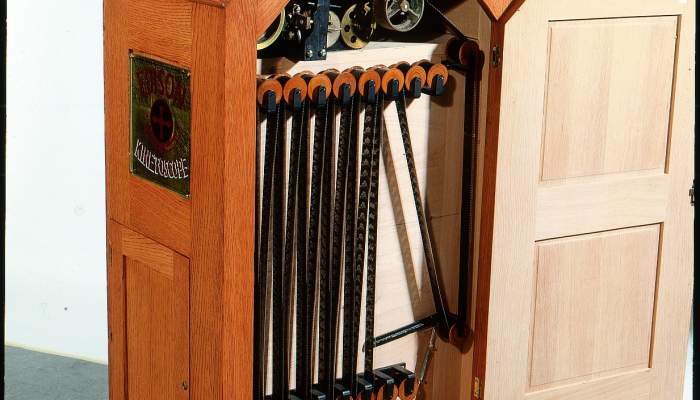