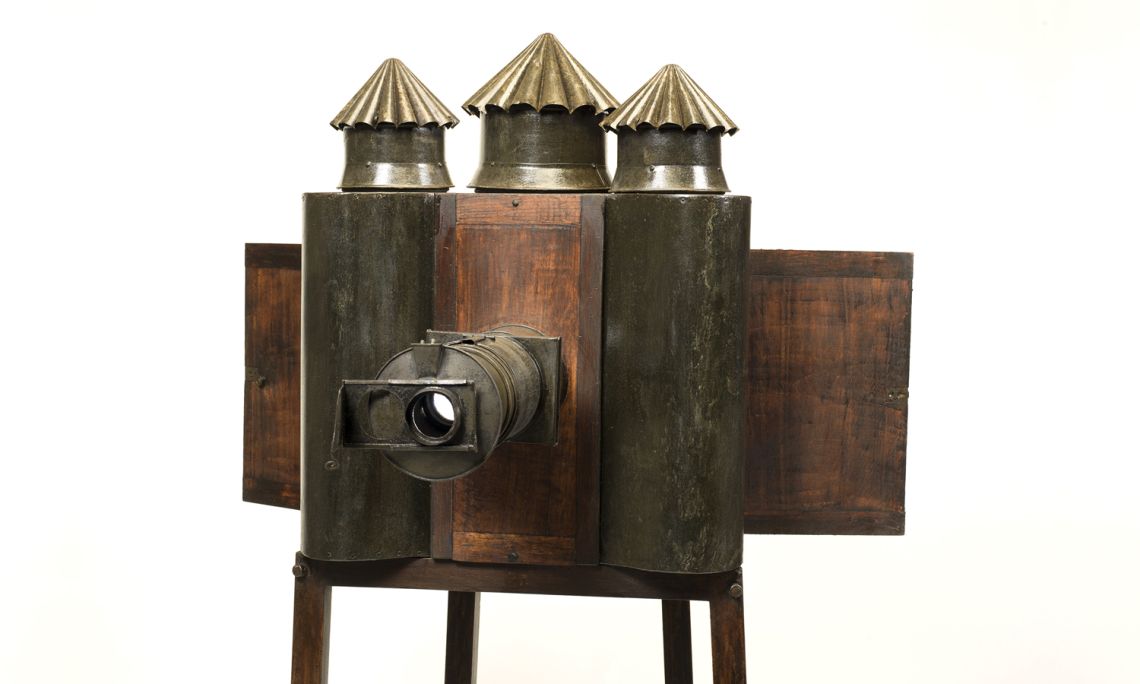 This device is a magic lantern, perfected over the first half of the 19th century, and capable of all the projection techniques used in phantasmagoria shows (projection, opaque projection, a moving projector, focussing and blurring the image, regulated light intensity and more). These shows were an important part of the history of image projection before cinema, especially due to the technical advancements they represented.