Fixing the image of the world. Optical boxes and photography 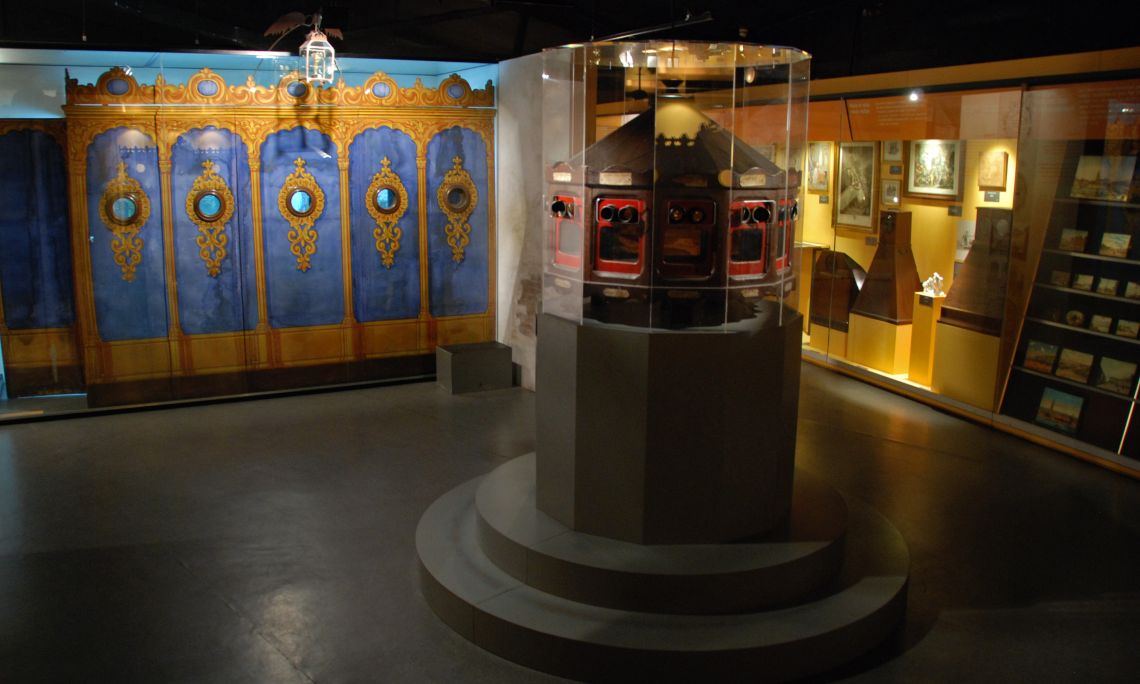 Display "Fixing the image of the world: seeing the world through a hole".

The camera obscura: seeing the world through a pinhole

In the 17th and 18th centuries tools were invented that allowed people to capture images using a camera obscura. At the same time, optical boxers, also known as "Mondo Nuovo", allowed spectators to glimpse faraway cities and distant lands without moving, through so-called "optical views", seen from inside the box through a hole with a lens.

From 1839, thanks to chemicals, images could be captured permanently using the camera obscura. This was photography, capable of accurately reproducing ephemeral events, capturing appearances and giving the human eye a new and more realistic perception of reality. 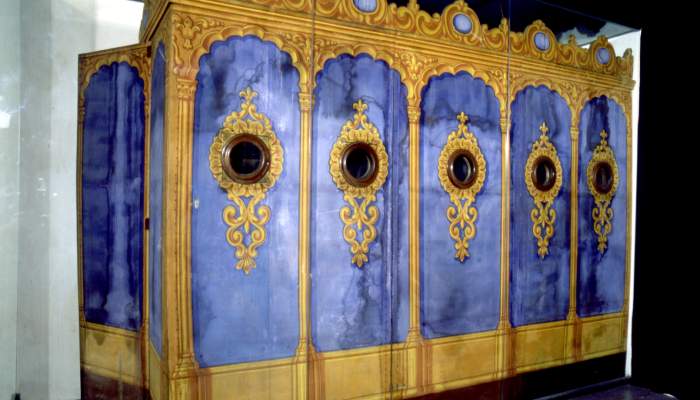 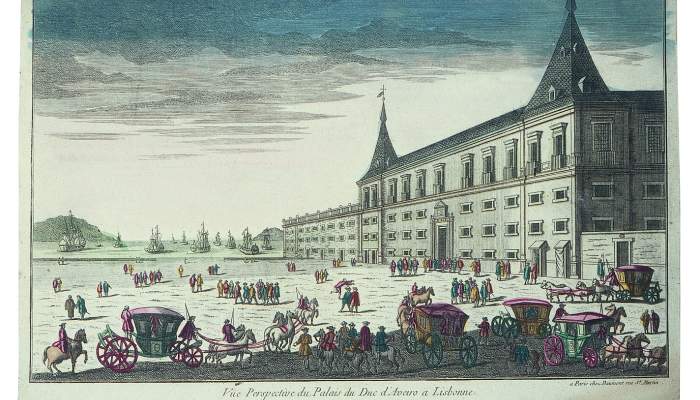 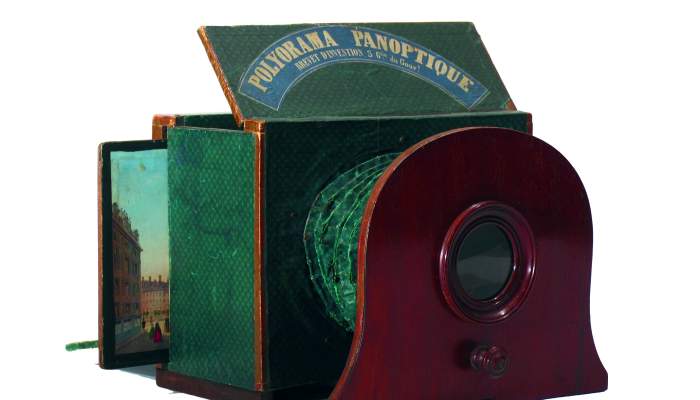 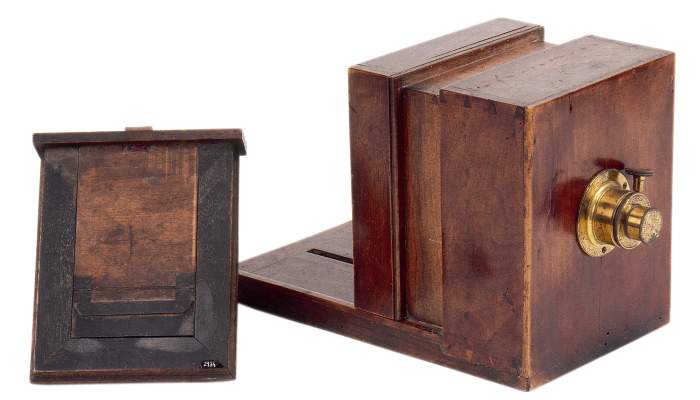