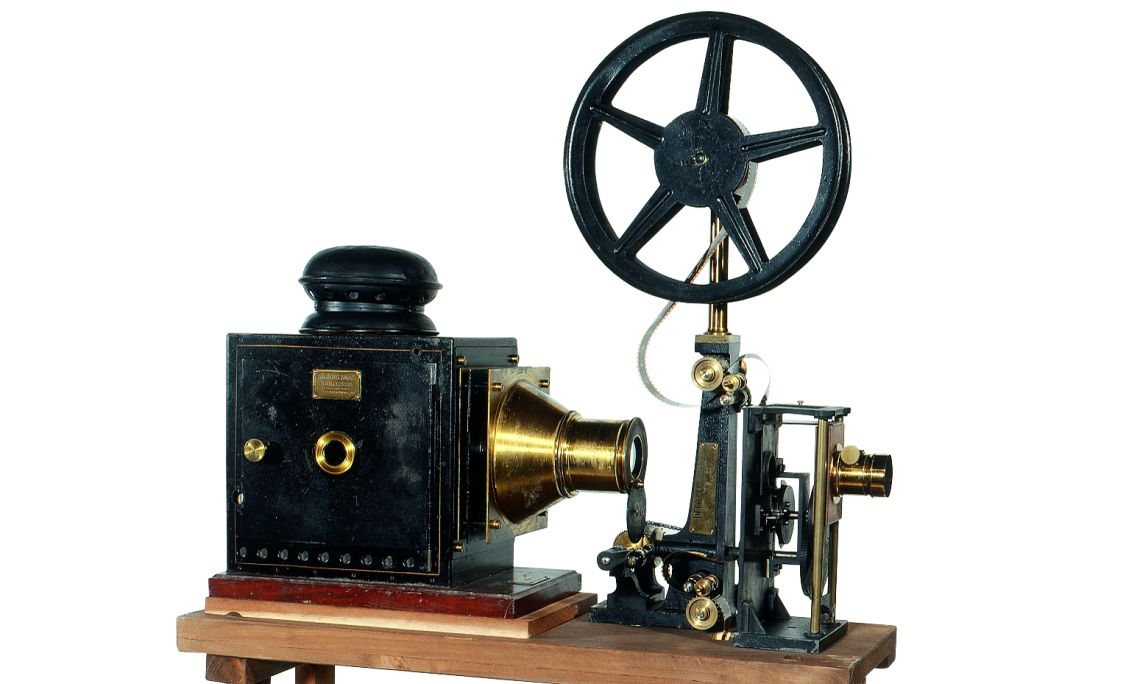 Cinema Projector built in the Lumière factory; as a novelty feature it includes an arm that can support rolls of film measuring up to 300 metres long. The magic lantern, which was used as a light source, was manufactured by the company Molteni. As the Cinématographe Lumière camera-projector was a very expensive device, the Lumière brothers also produced other projection devices for more affordable prices.