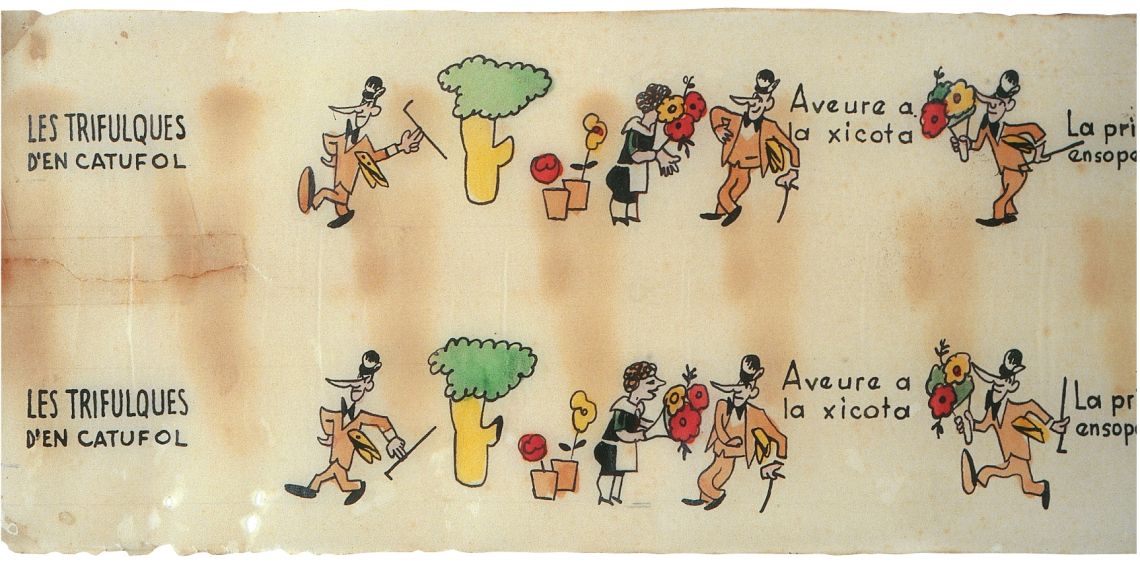 Cine NIC films were formed by two horizontal bands of drawings that were identical, except for the drawn part, which was able to move. The drawings were simple and precise. There was a series of characters which came straight from the NIC company, such as Miau, Nikito, Tom the Cowboy, etc.

This film was drawn at the time of the Spanish Civil War, when the Proyectores NIC factory was collectivised. At this time, it continued to make projectors and films, but the films had Catalan titles.