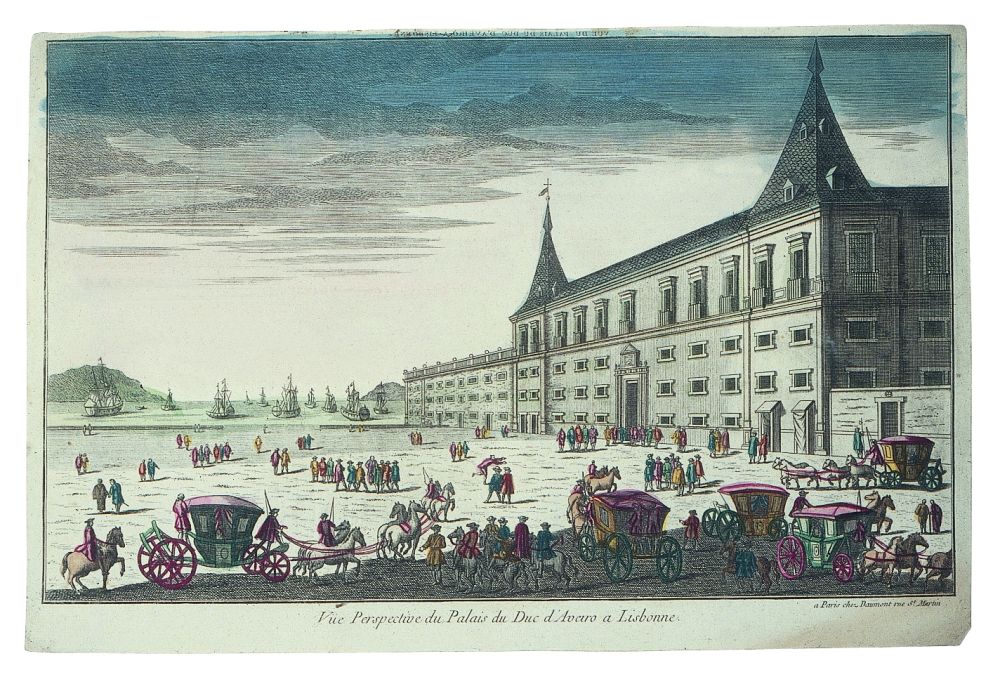 Optical views were hand-coloured engravings made especially to be viewed through the lens of a zograscope. The images, projected in a dark room, had a very sharp perspective to give the sense of depth.

The themes were highly varied and included urban scenery, streets, squares, monuments, gardens and the interiors of large buildings. At the peak of zograscope performances, a device that was also known as the mondo nuovo, in the second half of the 18th century, there were four large centres producing this device: London, Paris, Bassano and Augsburg. Their output was then distributed around Europe.