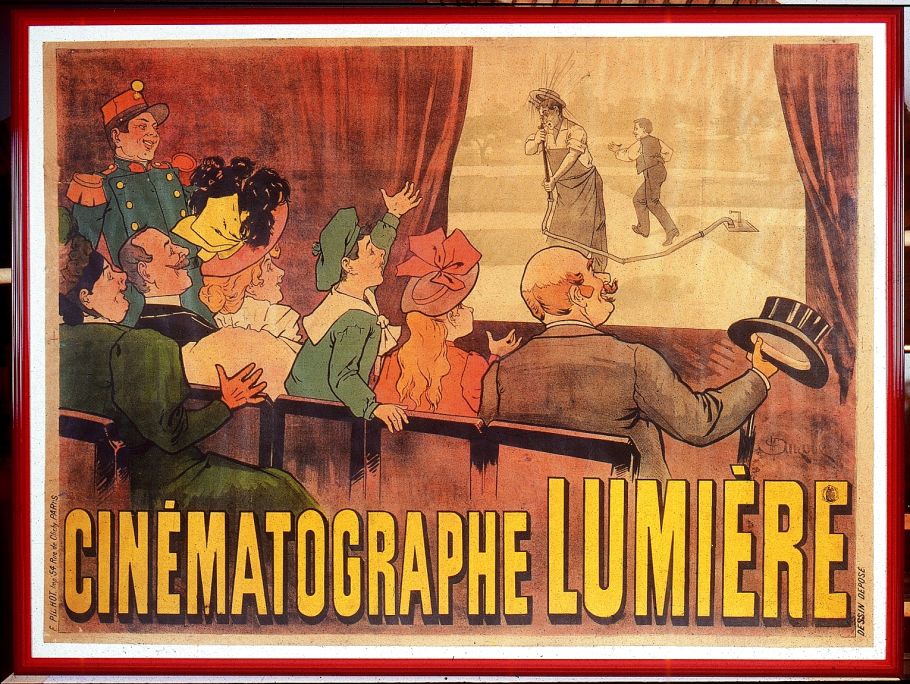 A second advertising poster made for the Lumière brothers’ first cinema projections.

The first paying public cinema projection of the cinematograph was held on the 28th of December 1895, at the Salon Indien of the Grand Café, on Paris’ Boulevard des Capucines. This poster, which replaced a confusing earlier poster, depicts a group of upper-class people enjoying a film screening, specifically the film L’arroseur arrosé.