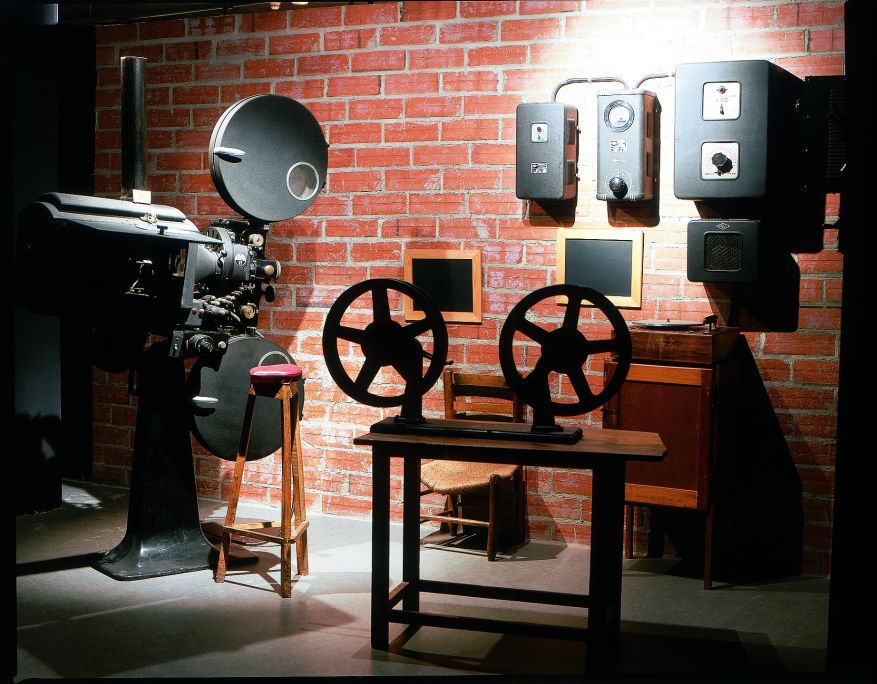 A reconstruction using the original devices of the projection booth from the film theatre of Torroella de Fluvià. Tomàs Mallol, the creator of the collection displayed permanently at the Cinema Museum, lived in this town.

It is an example of the typical projection booth in a village cinema. Between 1930 and 1970, there were small film theatres in most towns and villages in Spain, where double-features were screened to the delight of both young and old.