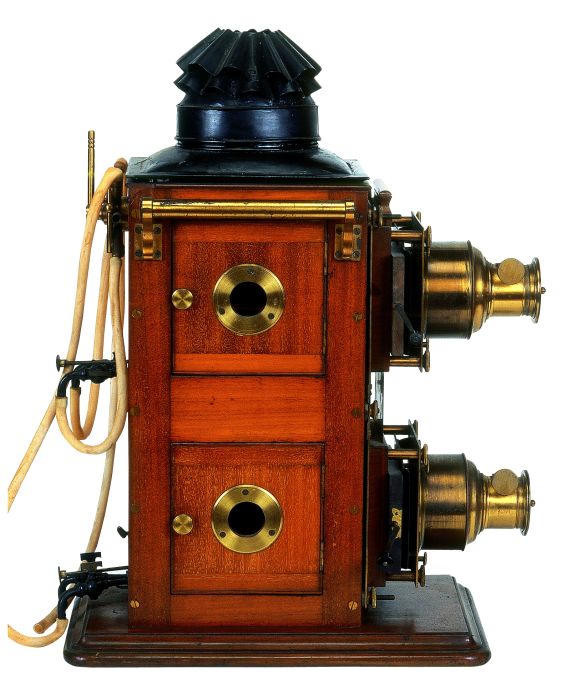 This double lens lantern, known as a biunial, is a professional image projector. It had two lenses which projected the image onto the same screen, and two independent lighting systems. With this device, while one image was being projected on the screen, the other could be changed without interrupting the screening. It was also possible to project using dissolving view effects. These kinds of lamps appeared in the United Kingdom in 1857, and some were even made with three lenses.

07. The magic lanterns in the second half of the 19th century