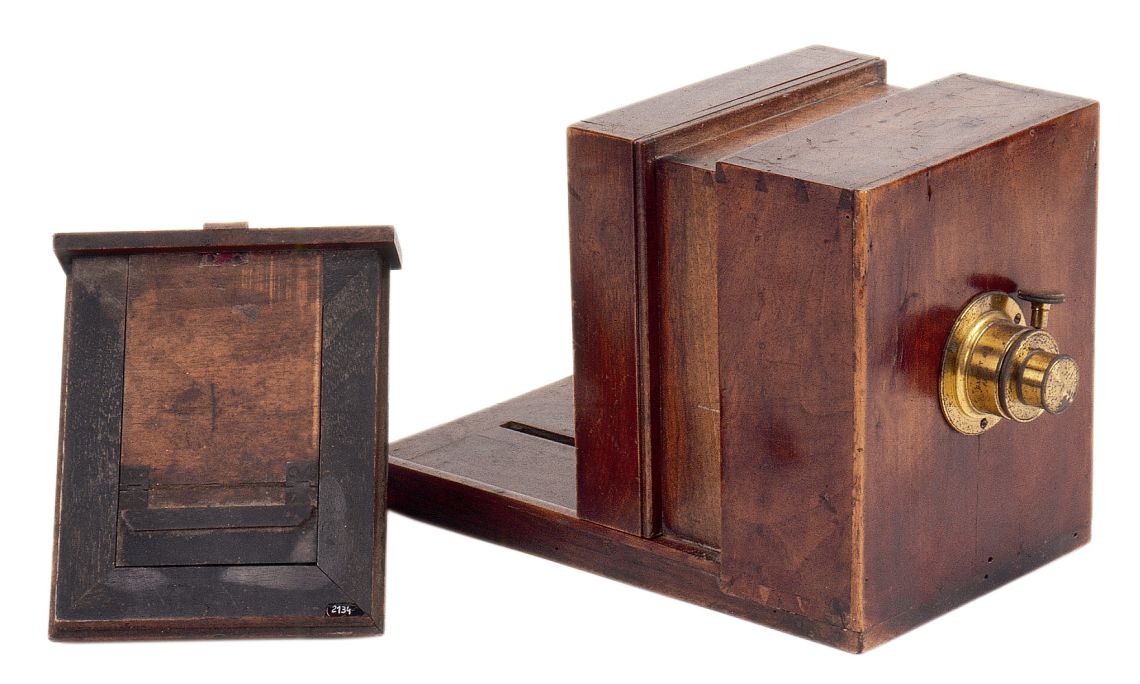 Photographic box cameras were the first cameras invented. They used the daguerreotype photographic technique and other contemporary processes. The camera was made of two boxes, one inside the other, which allowed the photographer to shift the focus of the image. It was used extensively from 1839 until the middle of the 19th century.

Both the preparation of the plate to make the daguerreotype and then actually revealing the photo were slow, complicated and, at times, dangerous processes.