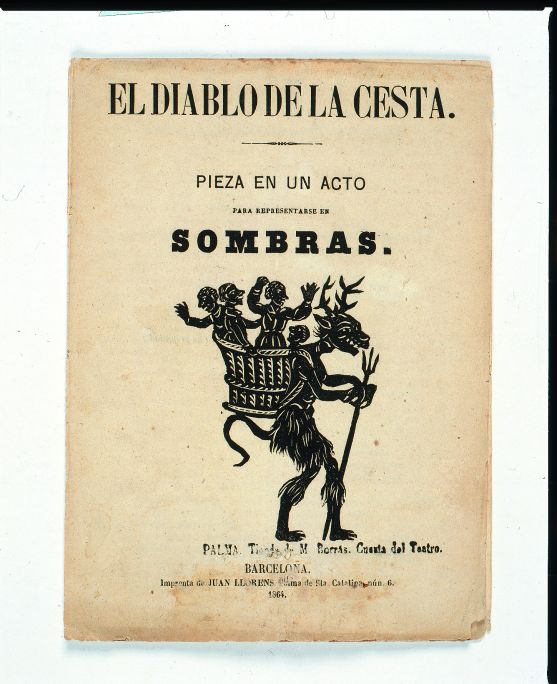 This silhouette is a good example of the figures that were used in shadow theatre performances in Europe throughout the 19th century. It is made of metal that has been totally blackened and has limbs that move. It represents the main character in a popular tale, El diablo de la cesta, of which a small book was also published containing the script of the play.

03. The shadow theater in the West