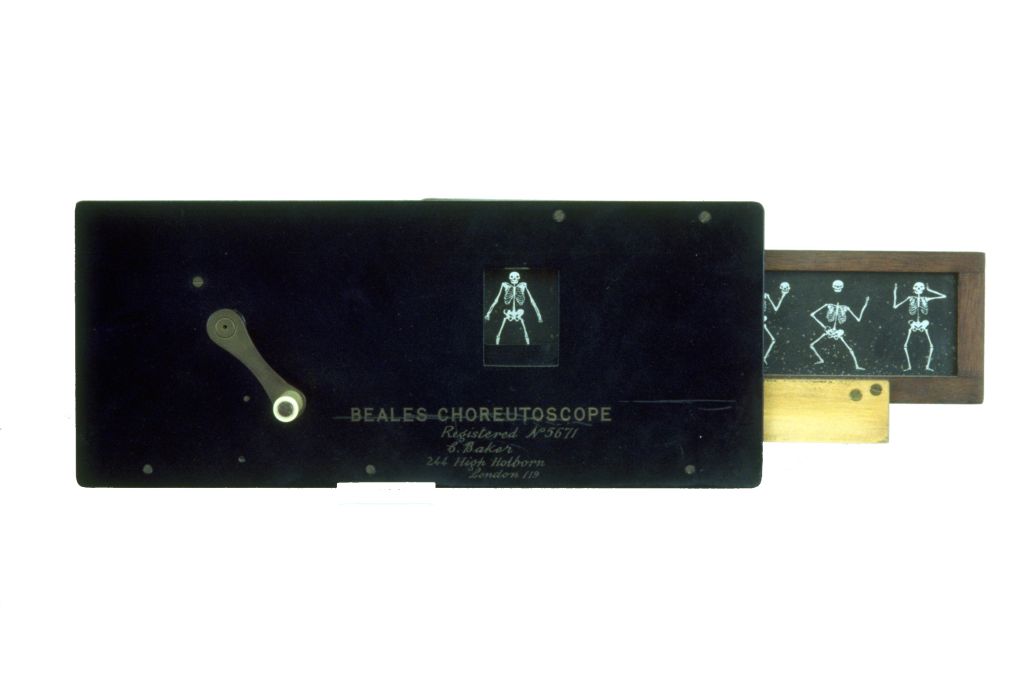 Invented by Beale in 1866, this was a device for the animated protection of drawings using a magic lamp, based on the theory of retinal persistence.

It was formed by a sheet of glass on which different drawings were made of a skeleton’s sequence of movement over a black background. This sheet was mounted on a Maltese cross mechanism, which made the image move forward suddenly. This device would later be used in the intermittent film drag systems in cinema cameras and projectors.