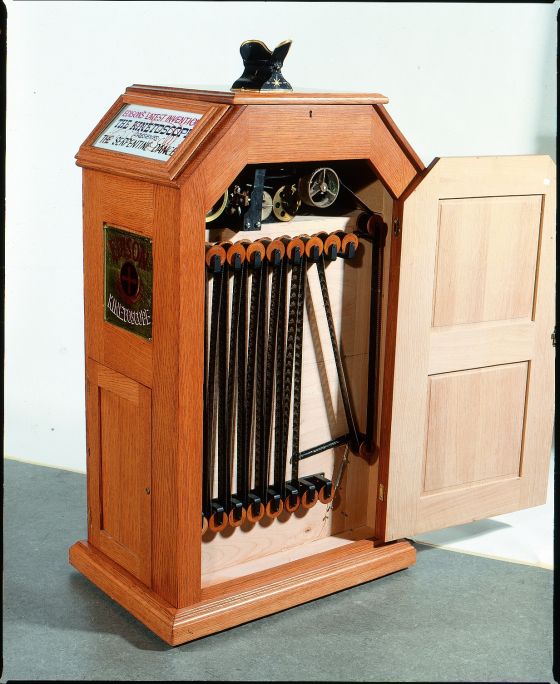 The kinetoscope was an individual film viewer invented by T. A. Edison and his assistant Dickson. It was unveiled in 1891 and first marketed in 1894. It was a wooden box 123 cm tall with a viewer on top that showed the moving pictures of a film continuously moving at a high speed inside the device. The films, which were 35 mm wide with perforations, 15 m long and had approximately 750 photograms, were mounted inside the device in the form of complex loops. The average viewing speed was between 30 and 40 images per second.