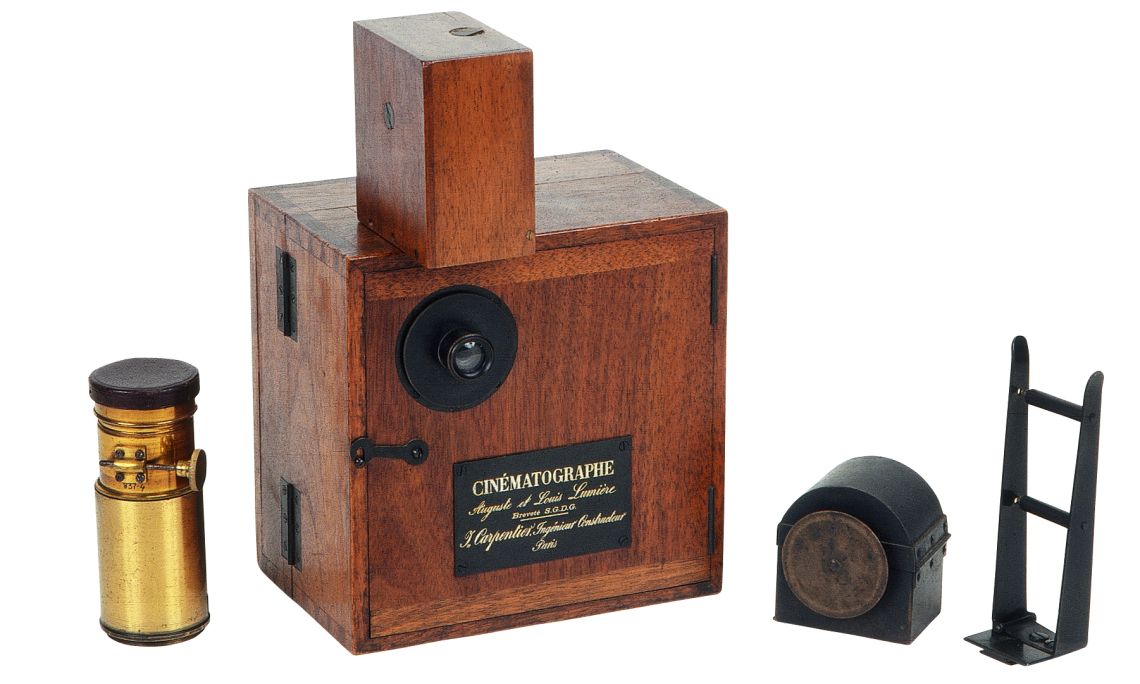 Patented on 13 February, 1895 by the brothers August and Louis Lumière, the Lumière Cinématographe could record moving images at a rate of sixteen frames per second (two crank turns) on a 35 mm wide celluloid film (perforated on both sides of each frame) measuring seventeen feet long. The device could also project images (incorporating a magic lantern as a light source) and create copies of films. A device like this was used to make the first film screenings.