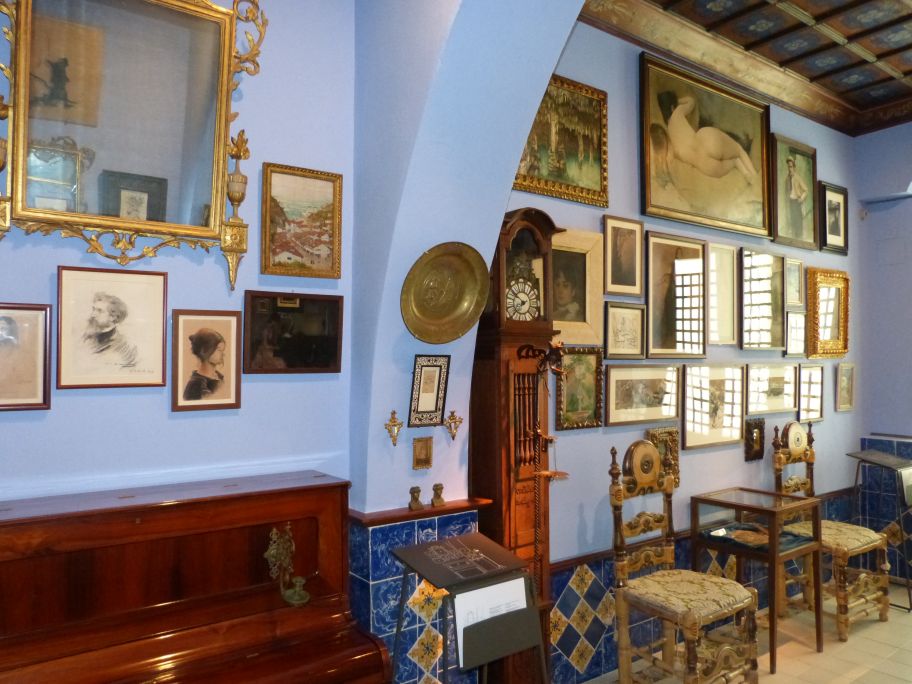 The office or work room is the memento room par excellence. Items are preserved here directly linked with several important moments in the life of Santiago Rusiñol

We may contremplate the wrought-iron laurel wreath he received to mark the twenty-fifth anniversary of the founding of Cau Ferrat and a palette with six brushes that was donated by his widow.

Furthermore, this room also accommodates the Bernareggi Piano which played the leading role in the many musical soirées in Cau Ferrat at the turn of the 19th and 20th centuries. Major composers who played this piano include Enric Granados, Eugène Ysaye, Enric Morera, Isaac Albéniz, Ernest Chausson and Manuel de Falla.

This is where the bouquet of fresh flowers is placed that, thanks to the Associació del Ram de Tot l’Any aRusiñol, permanently accompanies the artist. This association, made up of women and girls from the town, was formed spontaneously in 1933, on the eve of the Museum’s opening, when a group of girls from Sitges decided to bring a bouquet of flowers to Cau Ferrat every day as a token of their eternal gratitude towards the artist. 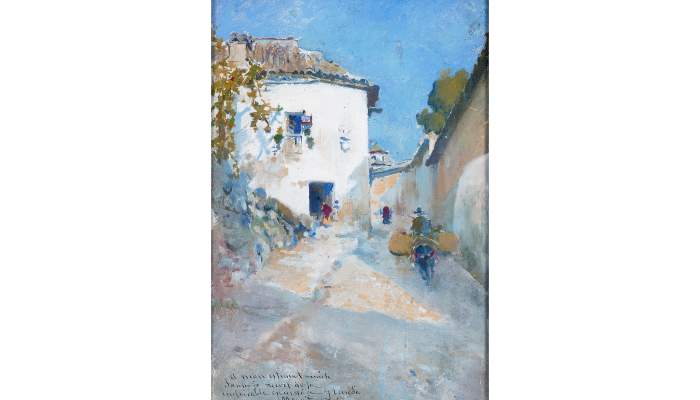 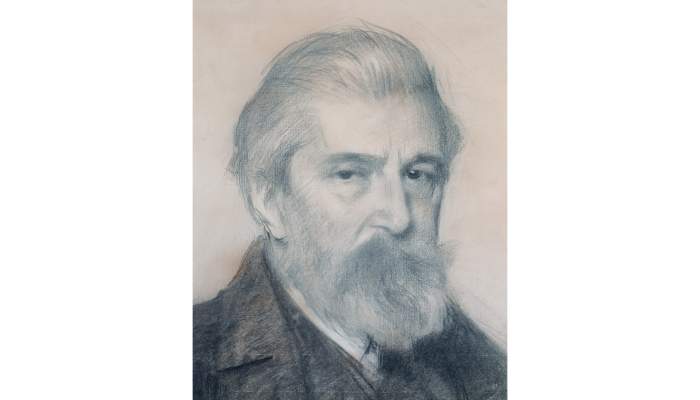