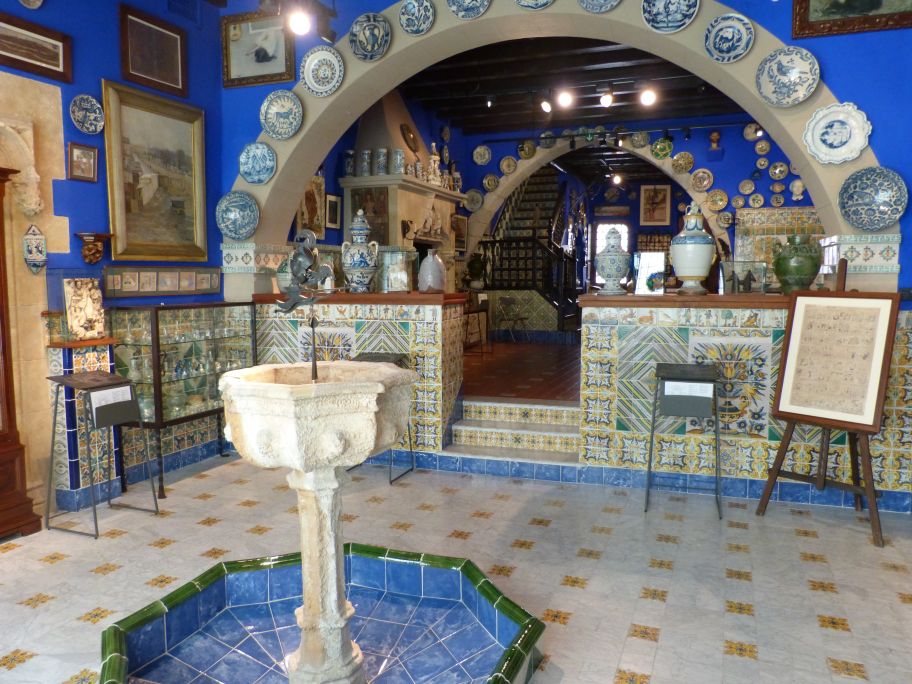 The Fountain Room of the Cau Ferrat Museum.

The Sala del Brollador, the brightest and most cheerful room in Cau Ferrat, is named from the Gothic baptismal font that presides over it. It originally stood in the garden of the El Vinyet hermitage and before acquiring it Rusiñol depicted it in one of his paintings of Sitges, titled L’hort del Vinyet, which we may now contemplate in the Great Hall. Later, by which time it was in Cau Ferrat, he painted it again in a portrait of his daughter, Maria Rusiñol. Above the spout stands the Penell del gall (Weathercock) by Pablo Gargallo, which was donated to the museum by his widow in 1935.

This room also displays a large part of his collection of ceramics and his compete collection of archaeological pieces: unguent pots, necklaces and amulets, etc. Arranged in three display cases, the collection contains the many glass and terracotta objects that Rusiñol found in his excavations on the Punic site at Puig des Molins, Ibiza, in 1912.

Other notable features are the two nude studies by Ramon Casas and the twenty or so watercolour sketches by Maria Rusiñol, the painter’s daughter. 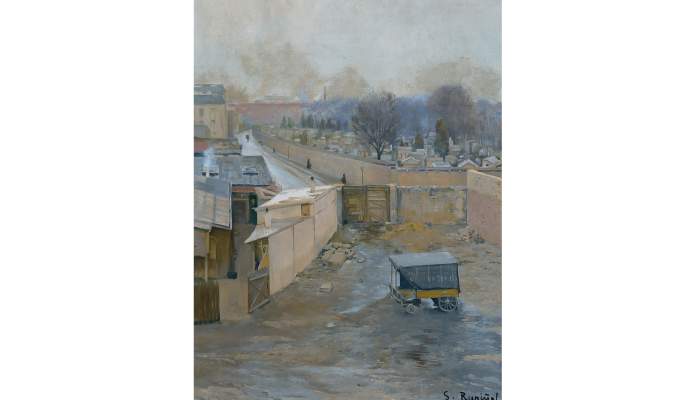 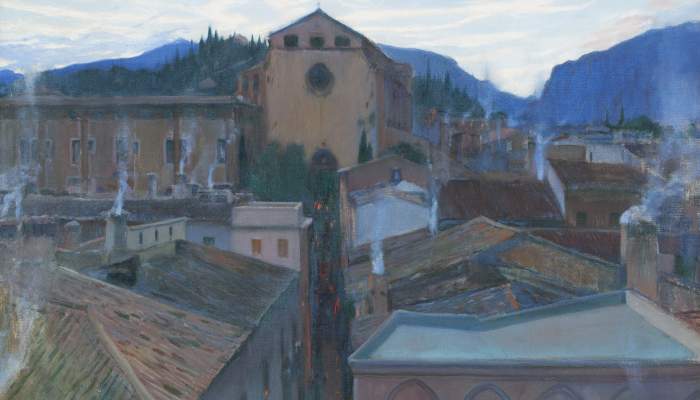 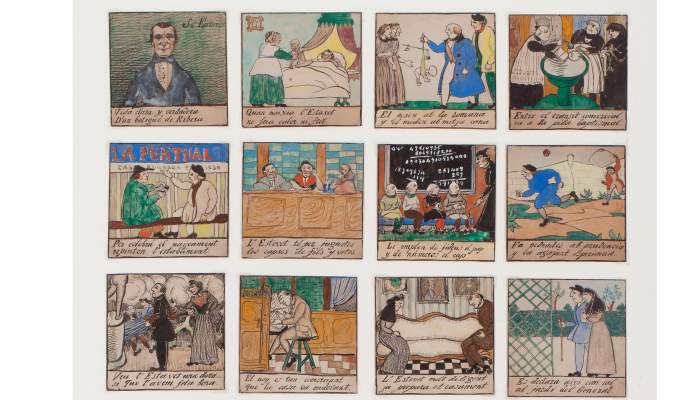 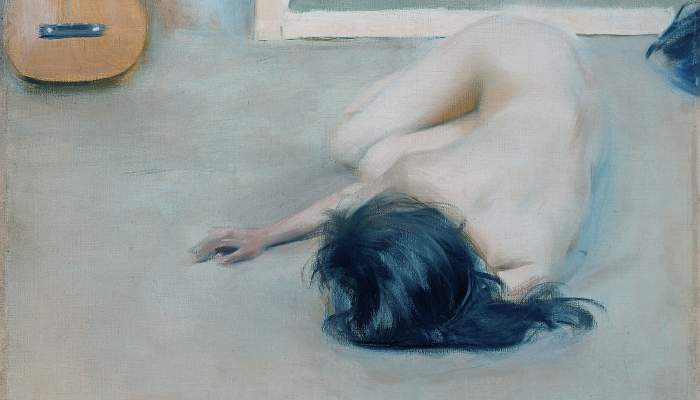