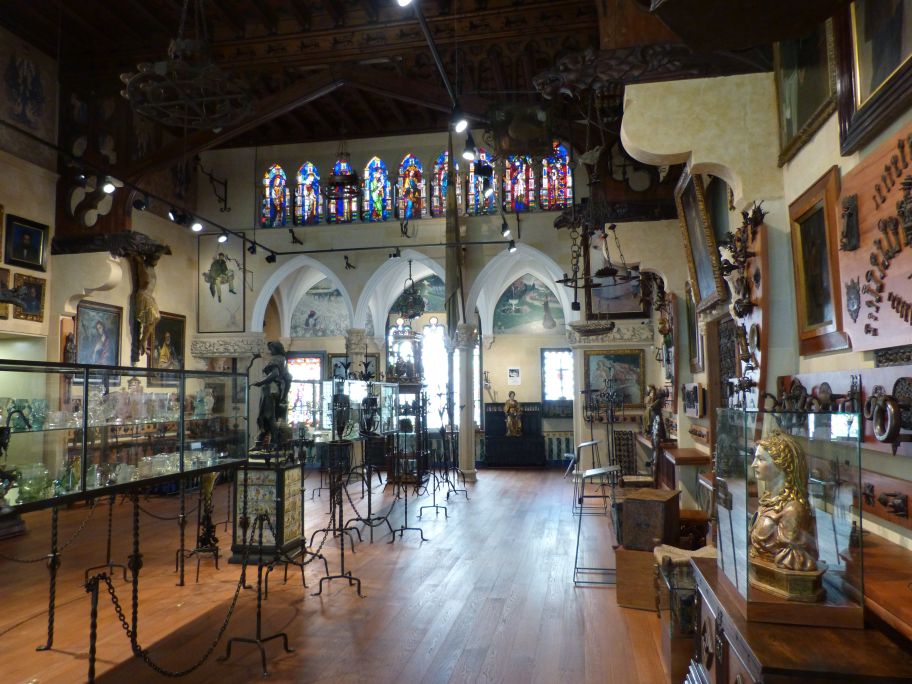 The Great Hall of the Cau Ferrat Museum.

On entering the Great Hall, visitors seeing it for the first time are usually struck with the same sensation as when entering a sacred precinct. Indeed, Rusiñol arranged everything in such a way that the Great Hall would resemble a temple of art. The height of the magnificent coffered ceiling, along with some of the pieces on display, further enhance this sensation.

Rusiñol chose the Great Hall as the place where he carefully arranged and displayed his splendid collection of ironwork. In the middle he placed the collection of glasswork acquired from Alexandre de Riquer and the sculpture of the Forjador català (Catalan blacksmith)by his great friend Enric Clarasó. He also hung several medieval works here, including the Altarpiece of the Mother of God, Saint John the Baptist and Saint Peter the Apostle - attributed to Guilem Ferrer and dated between 1390 and 1400 -, as well as the two works by El Greco he acquired in Paris, works by other artists such as La partició del viby Ignacio Zuloaga and Boulevard de Paris by Ramon Pichot, and many portraits Rusiñol made of his friends.

The Great Hall of Cau Ferrat is one of the truest examples of the idea of total art that informed so much of Catalan Modernisme. 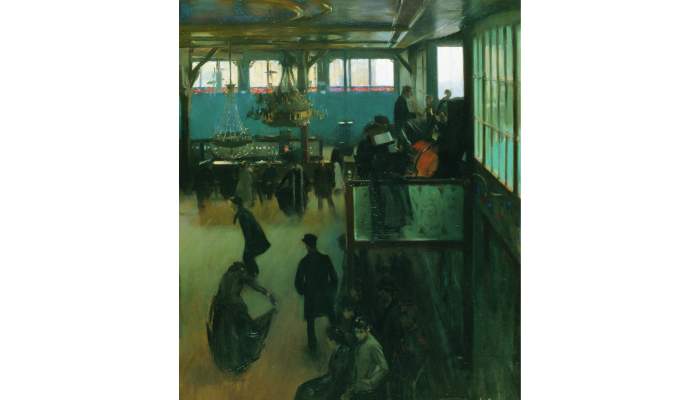 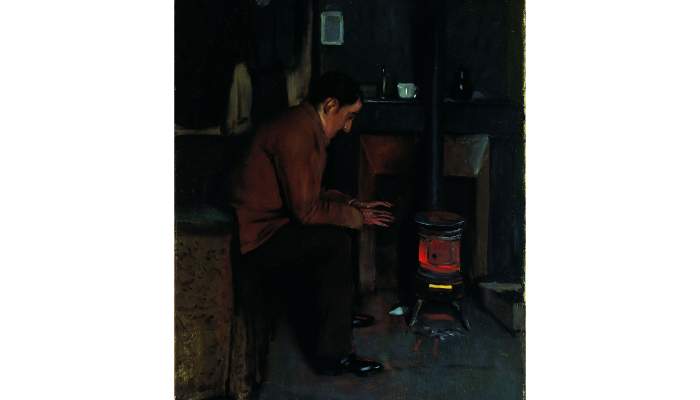 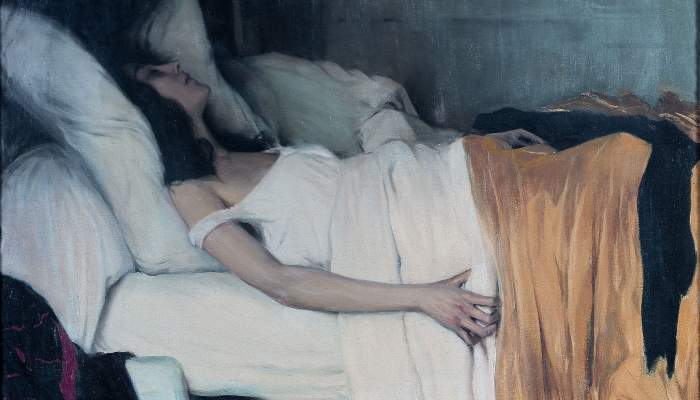 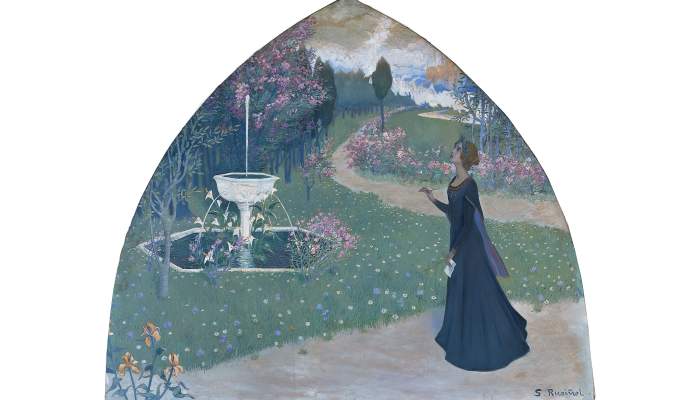 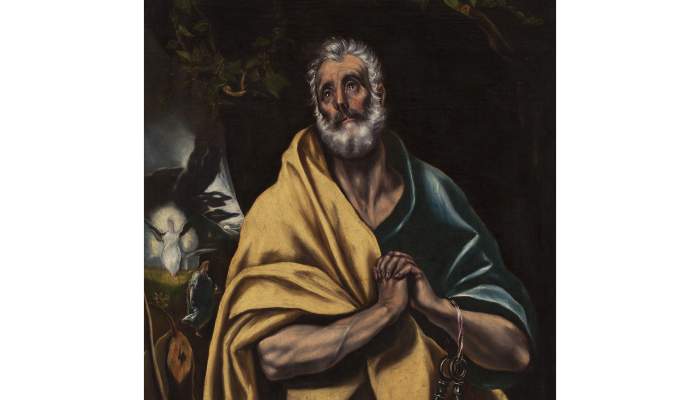 Mary Magdalene Penitent and The Tears of Saint Peter 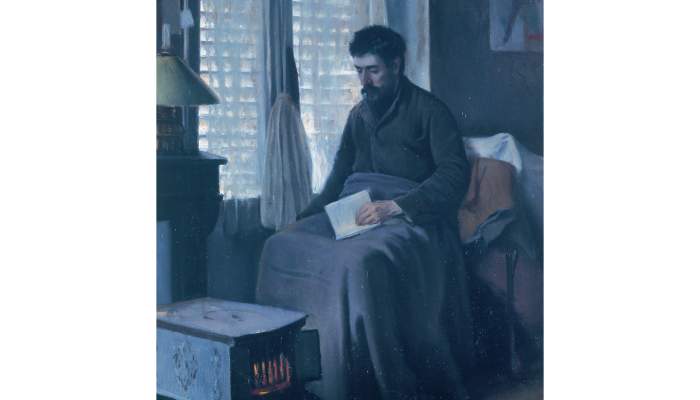 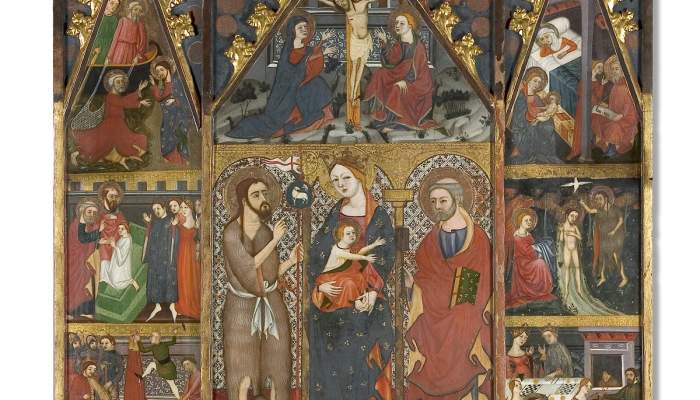 Altarpiece of the Virgin, John

Altarpiece of the Virgin, John the Baptist and Saint Peter the Apostle 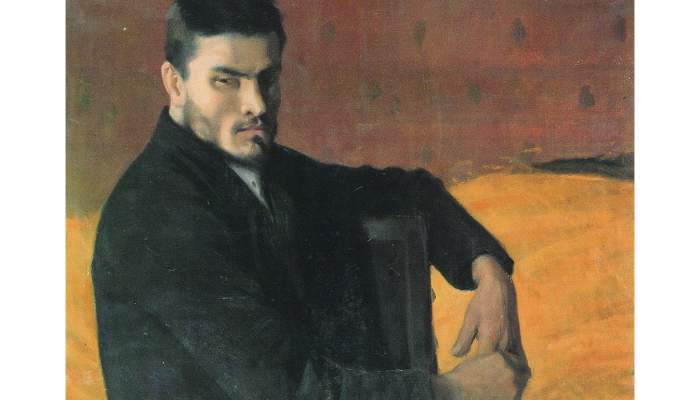 Portrait of the Sculptor Carle 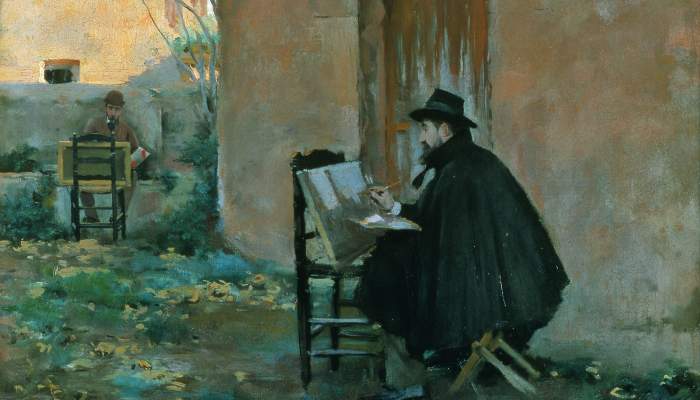 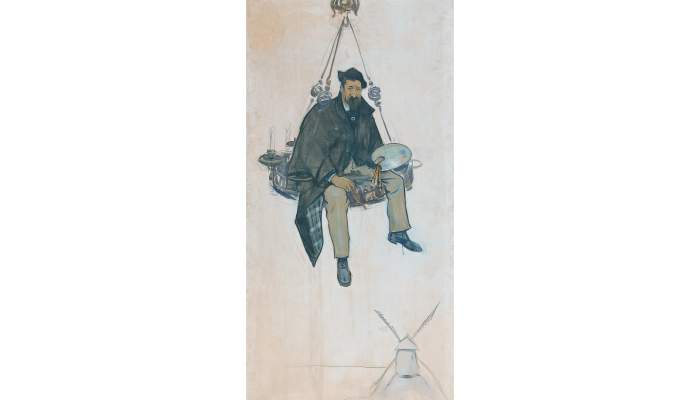 Rusiñol on top of a wrought ir

Rusiñol on top of a wrought iron lamp