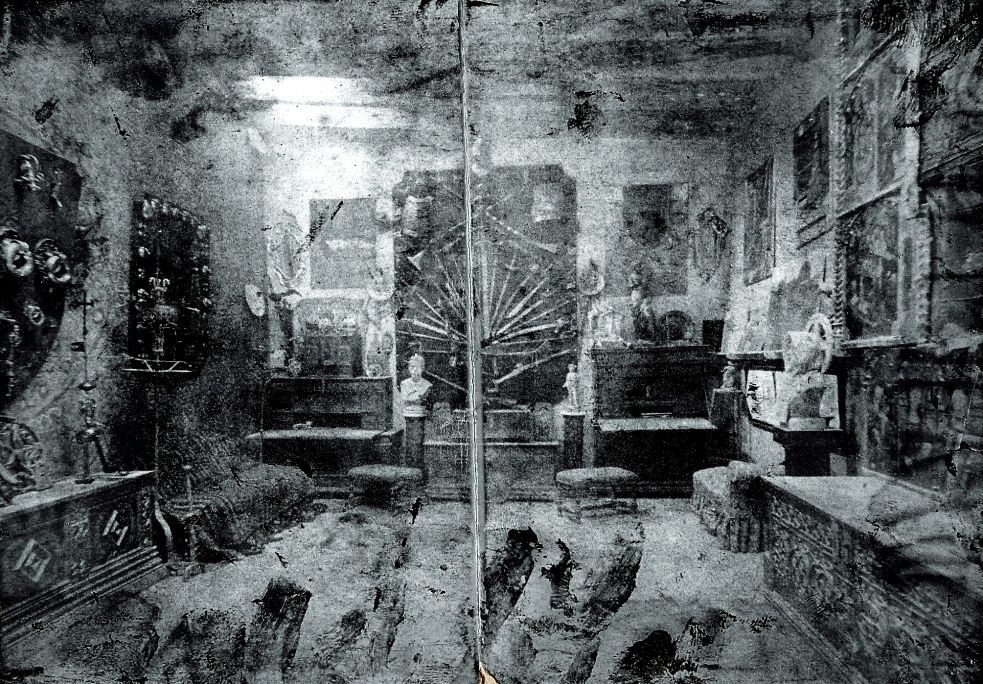 Photograph of the first Cau Ferrat, located on Muntaner street in Barcelona, circa 1890-1892

Santiago Rusiñol shared an atelier on the interior part of the ground floor at number 38 Muntaner Street in Barcelona between 1887 and 1894, with his great friend the sculptor Enric Clarasó. In this space, with several rooms dedicated to the sculptor’s plaster or marble and modelling works, there was also a room where Rusiñol kept his collections and where his artist, musician, men of letters or journalist friends, among others, got together and where the name Cau Ferrat appeared for the first time.

In Barcelona, in 1894, the same year that Rusiñol moved his collections from Barcelona to Sitges, the Masriera Brothers’ atelier, a building in the shape of a Roman temple on Bailèn Street, was also inaugurated. The atelier also housed the artists’ collections, but was designed from a more commercial perspective, as it also served as a point of sale for the paintings and jewels created by the two brothers. The photograph of Antoni Fabrés’ atelier in Paris is from the same year.