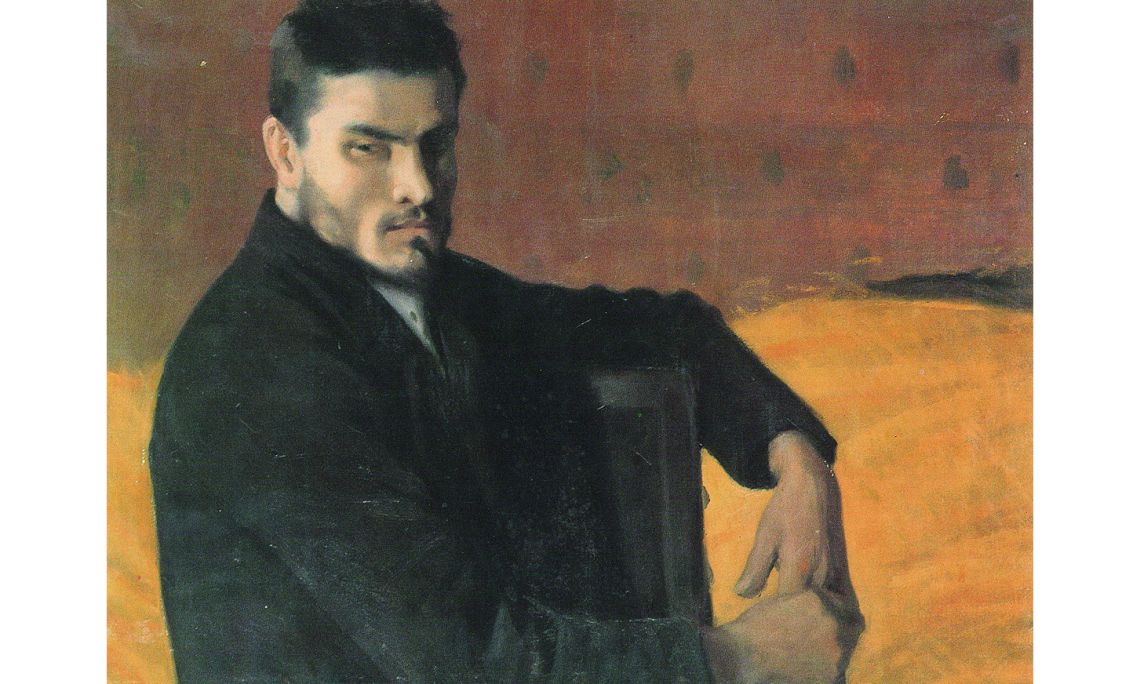 This painting was never shown during the lifetime of the painter, and only left Cau Ferrat for the first time in 1981. Portrait of the Sculpture Carles Mani is without a doubt one of the most troubling portraits ever done by Rusiñol. The tension in the face, the untrusting gaze and the surly character of the subject reveals a man who is taciturn and troubled, the misunderstood, unlucky artist represented by Mani. Rusiñol depicts him from the waist up, seated on a chair with the left arm resting on the chair back. The dark physiognomy of the sculptor and his black jacket are like cut-outs over top of a bold duotone ground of reds on the wall and yellow on the bedspread, clearly inspired by the yellow clothing of El Greco’s Saint Peter.

Rusiñol met Carles Mani and his friend, the painter Pere Ferran, in Paris. In 1894 Mani had received a grant from the Provincial Government of Tarragona and decided to share it with Ferran, which led them both on a Parisian adventure of veritable misery which Rusiñol had to rescue them from.