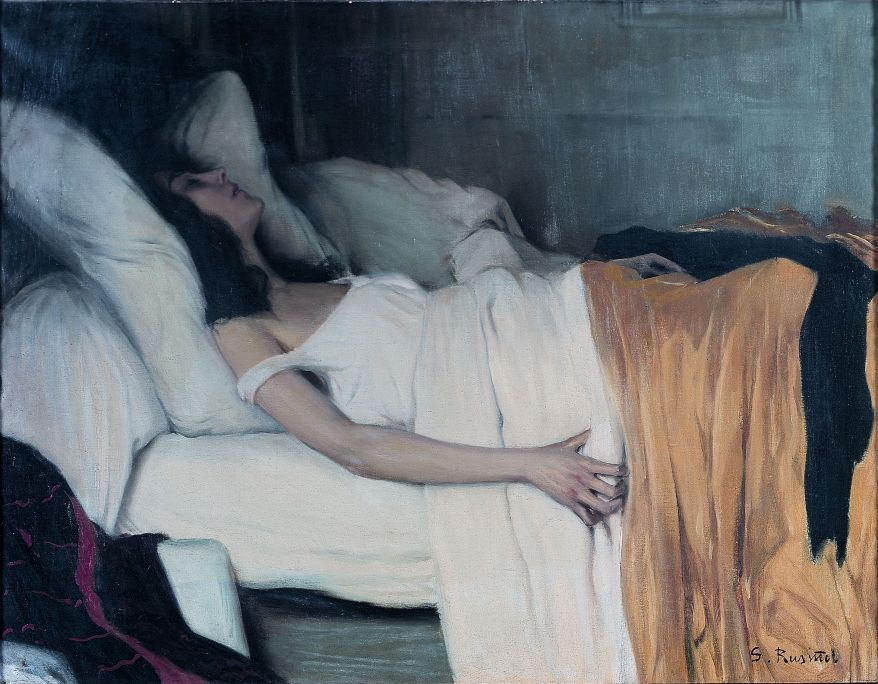 In 1894, during his third and last stage in Paris, Rusiñol painted two very similar canvases, both featuring a thinly delicate young woman. In The Morphine Addict the model (who seems to be different from the one in The Medal) is lying in bed under the effects of the drug, after having taken morphine.

The “addict” portrayed in the painting was Stéphanie Nantas, the painter’s preferred model in the period he lived in the flat at Quai Bourbon. Rusiñol had her appear in almost a dozen paintings of the period, always as someone anonymous, except in the portrait that bears her name: Rêverie (Stéphanie Nantas), which can also be seen in the Grand Hall.