The modernista building of the former abattoir 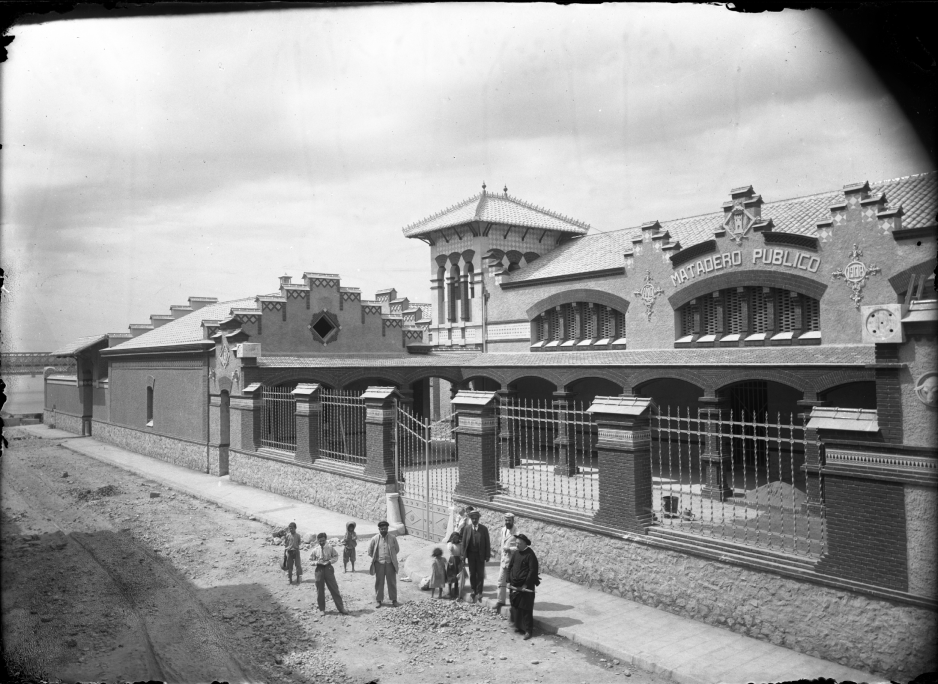 The abattoir, shortly after its construction was completed in 1908.

At the end of the 19th century, the subject of hygiene became an issue in the city of Tortosa and an abattoir, adapted to new health regulations, was built. The building is structured into independent pavilions separated by streets and open courtyards in order to facilitate ventilation. By following the order of the different activities that took place there, and separating the different kinds of livestock, we find a succession of naves (poultry, sacrifice, ventilation). At the same time, this functional sequence prevented cross circulation.

The building, designed by Pau Monguió i Segura in 1905, belongs stylistically to early Modernisme, with Arabic influences in the use of naked brick and the application of decorative glazed ceramics.

Pau Monguió i Segura (Tarragona, 1865 - Barcelona, 1956) qualified as an architect in 1889 at the Barcelona School of Architecture, where he was a student of Lluís Domènech i Montaner. In 1890 he took up the post of Tarragona municipal architect i. Subsequently he moved to Teruel, where he also practised as a municipal and provincial technical expert. He alternated his professional projects in Teruel with his post in Tortosa as municipal architect.