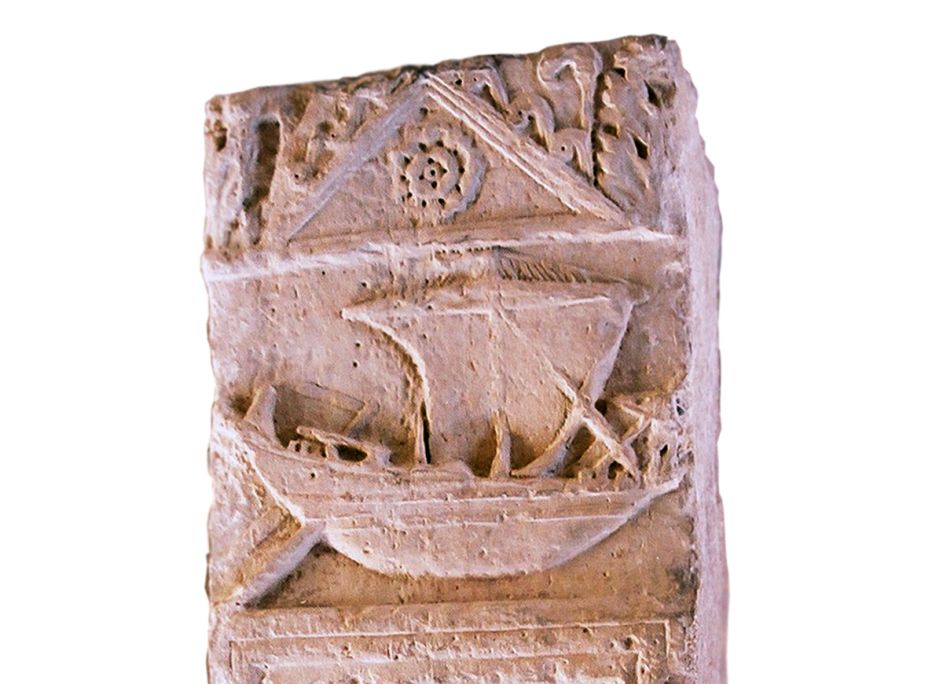 We can tell from their names that the people referred to in the inscription were freed slaves. If a former slave could afford to dedicate such a stela to her late husband it meant that she had climbed both the social and the economic ladders.

The type of vessel depicted on the stela’s tympanum was commonly seen in the ports of the mid-Mediterranean from the mid 2nd to the mid-3rd century AD.