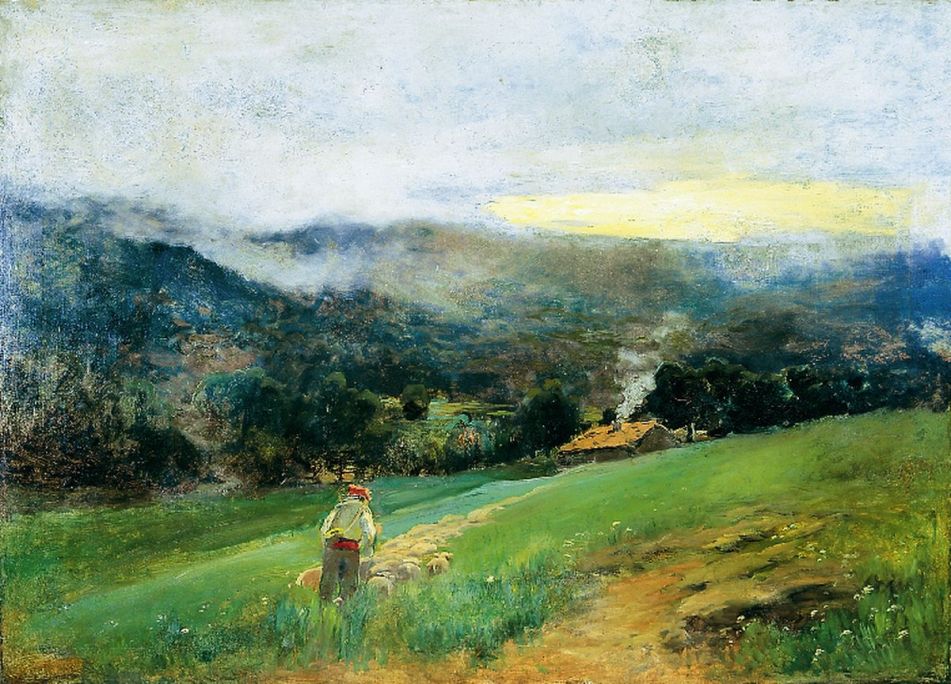 Joaquim Vancells i Vieta (Barcelona, 1866-1942) was a versatile artist who worked in different fields in pursuit of the total work of art. Together with Alexandre de Riquer, he brought the principles of Catalan Modernisme to Terrassa. Even so, it is his powerful personality, not his modernista, precepts, which emerges most clearly from his paintings.

The work in question is a mountain landscape featuring a shepherd and his flock. One of the dominant subjects in his mature work is the portrayal of rural life. The woods and valleys are shrouded in a mist which dissipates light and colour. He was acclaimed for this kind of melancholy atmospheric work. Vancells was an active member of the Agrupació Regionalista between 1900 and 1907, which gave him a context in which to work. One of the initiatives of this group was the establishment of a drawing academy, where Vancells gave free classes.