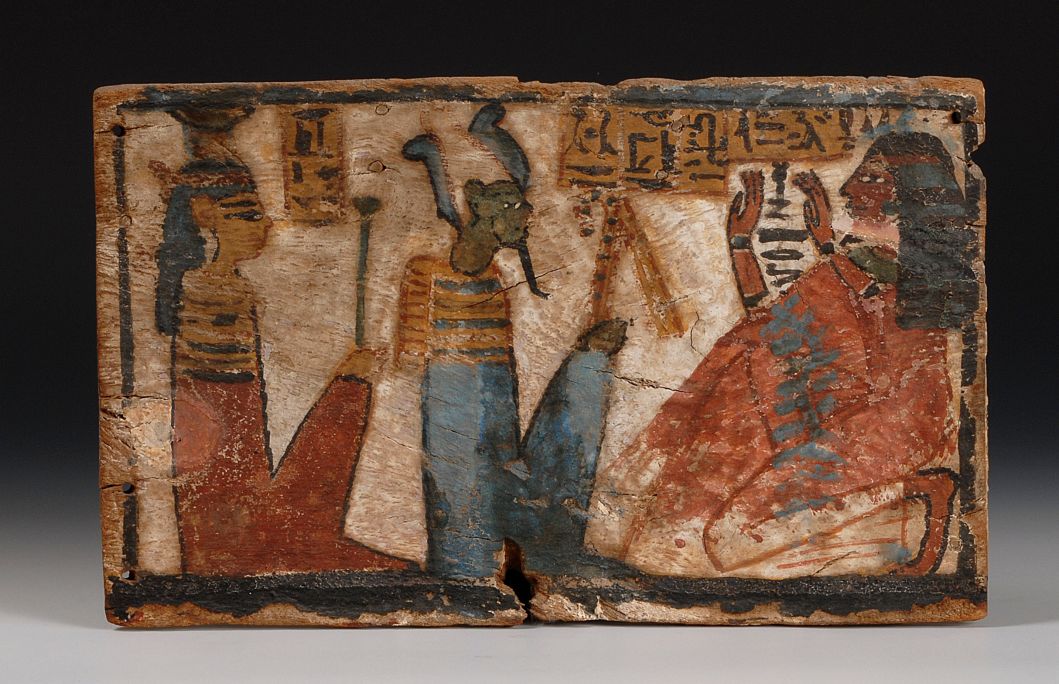 Rectangular wood panel which has been stuccoed and polychromed, depicting an adoration scene before Osiris. The decoration is presided over by Osiris, the god of the dead, who is seated facing right. He is wearing the atef crown on his head, and in his hands he is holding the attributes of royal power: the heqat and the nekhakha. He is wearing a fake funerary beard, plaited and curving outward, befitting a god. He is garbed in a white tunic and an usekh necklace with several strands of pearls around his neck and a large counterweight that drapes down his back.