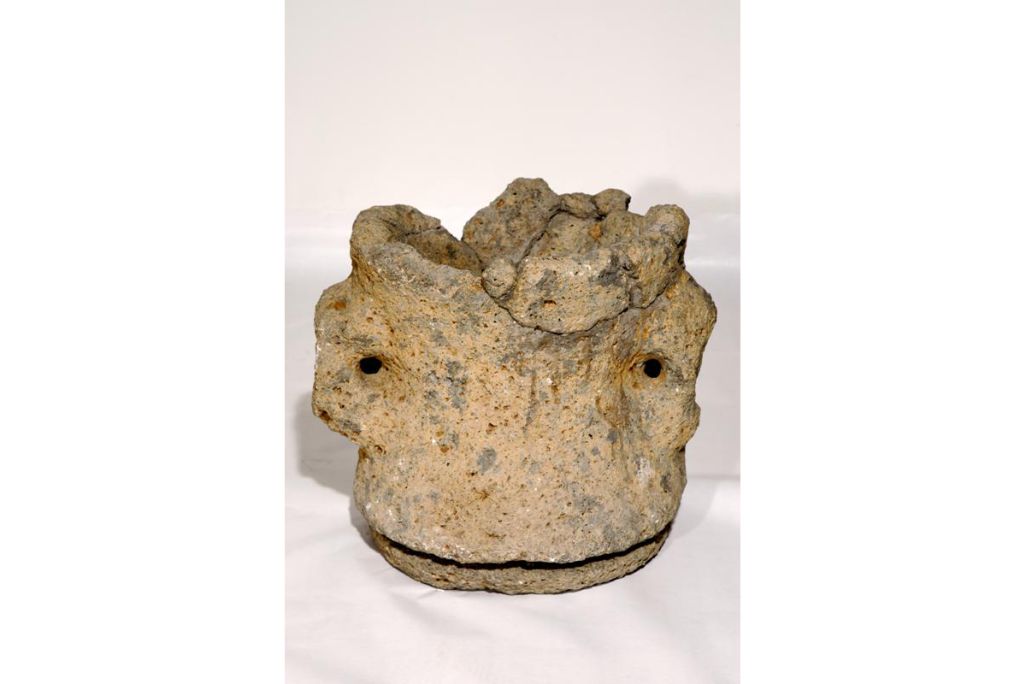 This is a rotating mill made of volcanic rock which was used to grind grain to yield flour. The upper part of it still remains. This kind of mill is primarily made up of two parts: the upper or movable part, which is bitroncoconical in shape, and the lower or stationary part, which is conical. The grain was ground by rotating the upper part.

This was found in the Roman villa of Can Majoral, one of the rural establishments located near Iluro, along with the villa of the Vil·la dels Caputxins in Rocafonda, the wine-producing estate in Parc Central and the tugurium of Els Vidals in the Mata neighbourhood.