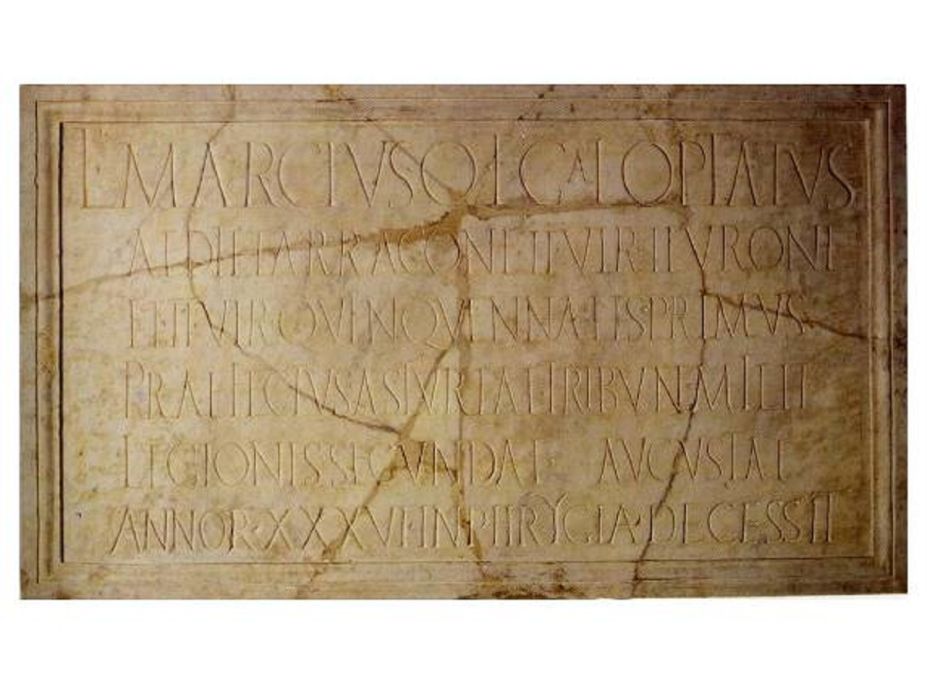 The text of this tombstone mentions the name of the Roman city of Iluro. The inscription lists the jobs and political career of a citizen of Iluro from the order of knights: Lucius Marcius Optatus, who was the head of public works (aedilis) in Tarraco and later the mayor (duo vir) of Iluro, where he conducted the first census. Later, he served in the military positions as prefect and tribune. He died in the East, perhaps in the year 7 BC, in the midst of his career. The tombstone is dated from the era of Augustus.